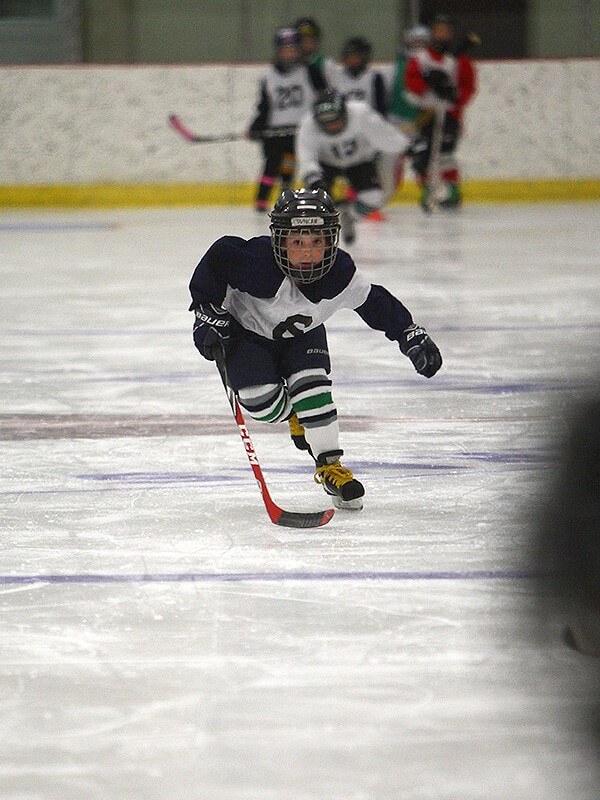 Hockey tryouts are kinda like standardized testing in grade school.

Sometimes the results are baffling where the brightest kids don't come out with the results you'd expect.

The school system I came out of, in hindsight, was very open about the fact that they were training us to take standardized tests -- the SAT, specifically, from pretty much the 4th grade on.

Legit, unbeknownst to us kids, we took mock SAT tests probably every other week...for years.

And not surprisingly, compared to the other school systems in the region, when we took the SATs as 11th graders, our scores were much, much higher.

Made our school system look great, boosted property values, and inflated some egos.

Huge win for the town.

University acceptance letters poured in for all of us -- like 98% of each graduating class moved on to higher education every year.

No joke. High fives, all around.

We were so *NOT* prepared for university.

Our highly touted school system had failed us.

Well, unless we had to take a standardized test ever again in our lives...

The more my kids attend, the more I see that they're all the same -- from town teams to elite tournament teams -- at the 10-and-under age group.

Don't send your player out on the ice blindly! Just...don't.

Based on what I experienced through my own history with standardized testing training, you shouldn't really send your son or daughter on the ice for a tryout without a plan either.

And, sure, my "technically" school system failed me overall...but, at the same time, it was also outrageously successful at getting us "in" to post-secondary school institutions. Like, crazy successful.

Treat a hockey tryout the same way! Help your kids get beyond the opening tryout.

And there's a science to it -- a surefire way to get noticed.

And, with that, here are a few tips to making that team... 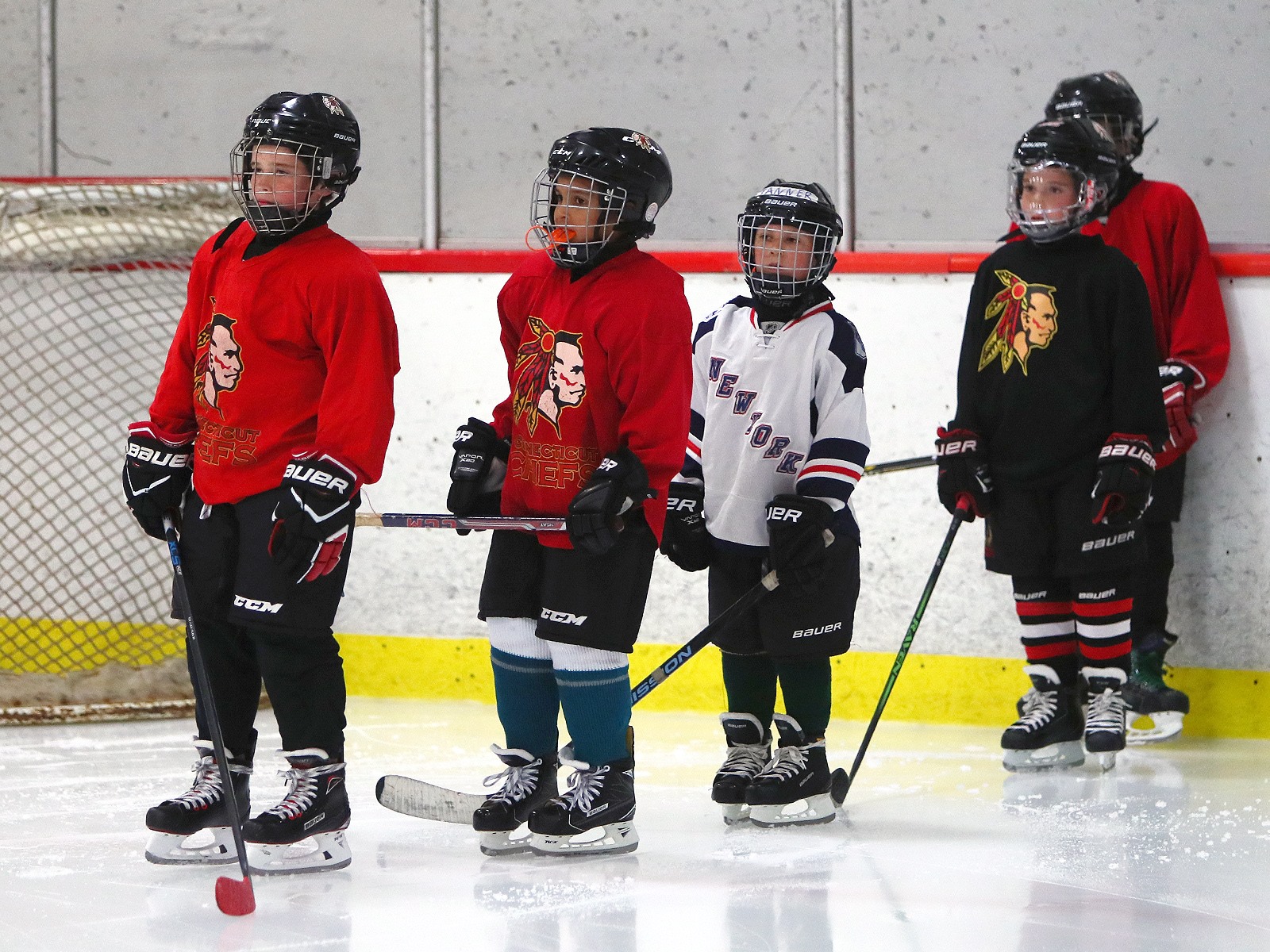 So, if the tryout process includes drills where they have the kids all line up 5 of 6 lines on the goal line the golden rule to get in a line or group with strangers.

You don't want to personally know *anyone* in your line.

If one of your buddies from school or your current team is goofing around and wraps his stick around your ankle and you go down...you both look like fools.

I see this at every tryout.

Up next, in those groups, be as close to the front of the line as you can be. First is best, second is okay. Third is fine too.

Beyond that, ehhhh, not so great.

And, at all costs, don't be at the back of the line that has 8 kids when all of the other lines have 6. Switch lines.

Up next, finish the drill.

Far too many kids cheat on full ice drills -- either creeping off the line at the start or just gliding once they hit the far circles. Skate hard...the entire way. This does not go unnoticed.

Cheating or being lazy earns you a red X on the evaluator's clipboard. Nobody wants that type of player on their roster.

And lastly, it is a race.

Every drill is a race.

It's a grey area here cause it's wrong to cheat and in a skating drill like one where you use your outside edges, slow and steady is the CORRECT way to go about things...but not at a tryout. Do the outside edges...but cut them short and make sure you're moving. 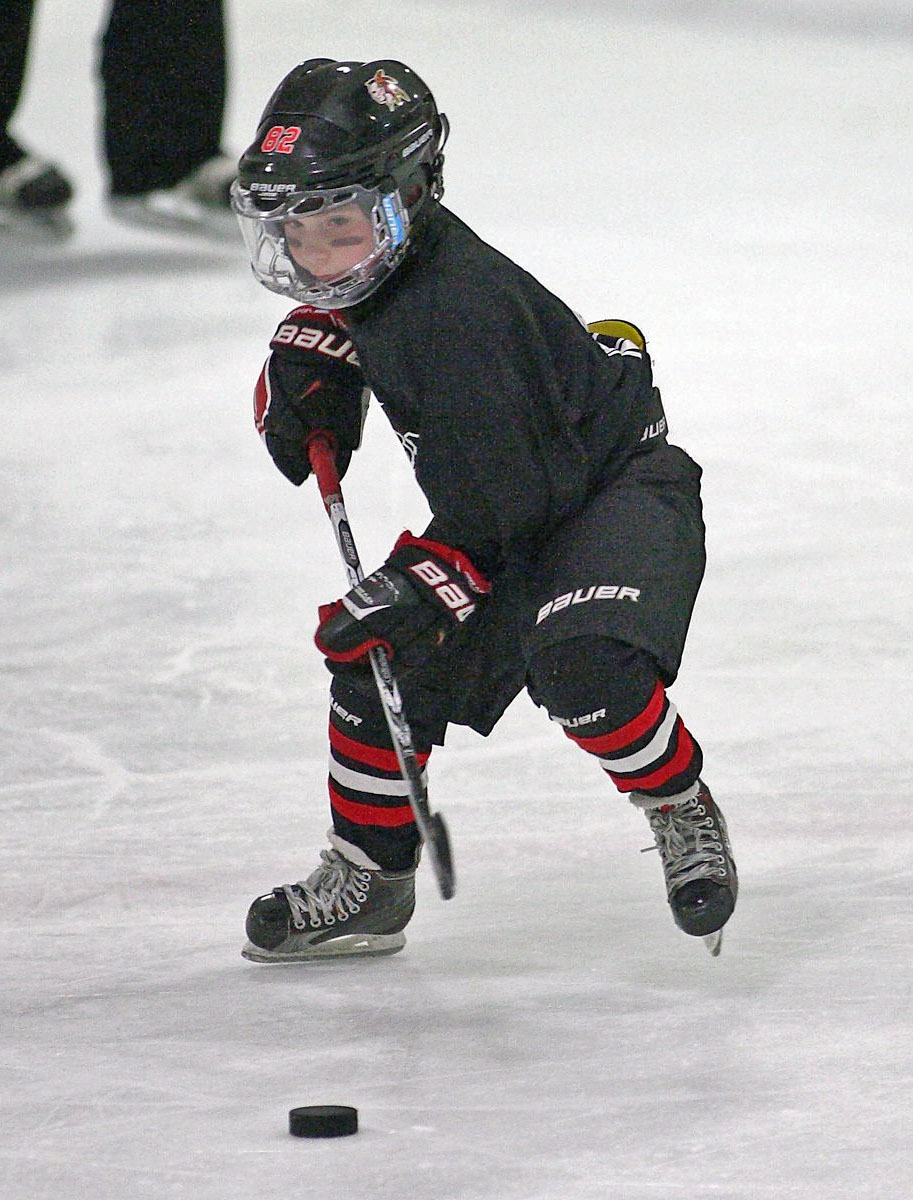 Many tryouts also include scrimmages.

Some tryouts are exclusively scrimmages -- especially as the kids get older.

Now, what I'm about to share is some of the worst hockey coaching any kid could ever receive...

At the same time, it's also the only surefire way for your kid to be noticed at a hockey tryout -- and it's worked magically for all of my kids and countless others.

First and foremost, get the puck.

Every single person in the building's eyes are drawn to the puck carrier.

If you want to get noticed, you've gotta have the puck.

Get it, skate to open ice with it, and don't give it up.

Really, don't even pass if you don't need to unless you see a wide open player breaking for a stretch pass.

Even then, you're doing them more of a favor than yourself.

Chase that puck until it's on your stick.

You want the puck. Having the puck is key.

Related, if there are faceoffs -- don't play center.

I can't grasp why anyone wants to play center anyway when the entire goal is to win the faceoff to...a teammate but, whatever...

You want the puck, you don't want to give it up. Even to a teammate.

Stay out there until there's a hard line change or you're just gassed. They're not evaluating you on the bench.

You need to be on the ice to be noticed.

On that note, play defense. Even if you're not a defenseman!

My kids play defense and get 3 or 4 times as much ice time as all the kids in line at the offensive door.

And don't expect any calls.

I'm not saying you should lay anyone out -- penalty level offenses won't do you any favors -- but don't concern yourself with things like offsides. At all.

If you're on a rush and a teammate is offside -- just keep going. A whistle isn't coming.

And, lastly, do not, under any circumstance, cover for anyone else.

Here's the scenario -- some bonehead defenseman leads the rush and goes deep in the zone. Your kid, being a responsible winger, falls back and covers on the point like a smart hockey player should.

Next thing you know, it's a 2-on-1 with your kid as the only one back. He gets turned all around on a give-and-go and the other team scores a nice goal.

Who looks bad in that scenario? Do you think the evaluators even noticed your kid was a winger covering for an over zealous defenseman?

They saw your kid, on defense, get burned.

For your kid's sake, it'd be better for it to have been a clean breakaway.

Don't cover for other players.

Hey, man, I warned you that this was terrible advice!

Getting noticed is the entire goal at a tryout and this is how you get noticed.

Lastly, I think it's worth mentioning something for the parents of the kid tryout out -- keep your mouth shut.

As hard as it is to bite your lip from yelling out encouragement like you would in a game or even make eye contact and do some silly hand signaling...at a tryout, just don't.

It embarassess your kid and also gives the program an inkling to believe you might be one of "those" parents.

You and your kid are part of a package deal -- never forget that.

I'd never forgive myself if I were the reason one of my kids didn't make a team.