We've all been there.

You know, with sore fingers and cold knee caps, watching our sons and daughters take the ice for pre-dawn practices every Saturday and Sunday... beaming with pride.

I can't deny that I had visions of them becoming the next Wayne Gretzky when they'd blow by a pint-sized defender and backhand one in along the ice past a non-existent goalie.

My kids are hockey players.

The purpose of this site is to chronicle the paths my three boys take playing youth hockey so as to ensure that each subsequent one more efficiently navigates the various camps, clinics, and programs available to them.

Learn from your mistakes and, trust me, there've been a few and, chances are, you can learn from my mistakes and not repeat them too.

Picking out 8-inch shin pads isn't as simple a process as you might think...

And explaining to your kids that it's not okay to talk about other people in the locker room before those "other people" are already in the room is something I wish someone had told me.

And, for real, if you're one of those parents putting the socks on after the skates, well, it's a good thing you're here.

There is an easier way.

Have a question or disagreement with something I've said?

Is there a mega-typo or puncuation error driving you bonkers?

Or even a suggestion for something related to youth hockey I should mention but haven't, let me know!

Email address is chris@rutschhockey.com and Facebook always works too!

Now, that's hardly something to brag about, I mean, at this point, I should probably be Level 3 or Level 4 but I haven't pursued it further for any other reason besides the fact that I'm realistic with myself concerning my on-ice ability to teach the next crop of hockey players.

There are countless coaches out there far better suited for it than I am.

Well, that, and a single season behind the bench solidified that it's impossible to get your own children to listen to you like they would from another coach. It's a tall task to coach your own children so... I'm out. Level 1 for eternity.

I have 3 boys, a bantam, a peewee, and a mite and we've been very active in youth hockey circles pretty much since the day my oldest first stepped onto the ice with his first real hockey program in 2013.

At this point, I'm a pretty seasoned hockey parent.

I've seen it all -- through the peewee age level, anyway -- and I like to share anything that I think newer hockey parents might find useful on this site.

Prior to kids, and youth hockey taking over all of my time, I worked in professional hockey with the New York Rangers AHL affiliate for 20 seasons. Mostly in marketing type roles but I've attended more professional practices, video sessions, games, and training camps than, well, most current NHL players?!

That role also allowed me countless contacts in not only professional hockey but youth hockey too. And a wealth of resources to bounce questions off of -- from guys who, you know, actually made it to the show. The insight that could be gained sitting in a room while Glen Sather, Jim Shoenfeld, and a collection of scouts discuss prospects was something I was always mindful of.

Their knowledge -- especially now that I have my own children -- has been priceless when it comes to effectively navigating the youth hockey opportunities available to my kids. That, and so many of the players I've worked with at the professional level now have children the same age as mine. Solid advice is just a text or email away.

All of that said, though, I don't anticipate any of my children playing professional hockey. No dad goggles here.

I like to keep it real and, if you read a couple of the articles on this site, you'll certainly pick up on that fact.

I hope this site provides some insight for other hockey parents out there! 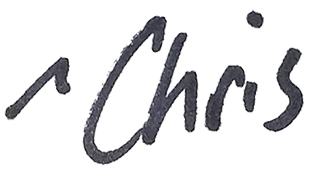 2021 Update:
I'm now a USA Hockey Level 2 coach and will likely pursue it further in coming years. I'm not head coach material, not for a second.

But when it comes to understanding the game, practice preparation/planning, or even as a liason for the communication breakdowns that so often plague youth hockey programs, I think my skillset can be of use...

Or even as a last second fill-in coach that's legit just in case the officials actually verify CEP #s? True story from this current season -- we had a pair of officials that refused to start the game until they saw proof of valid CEP certs from both benches. I mean, they were going by the book.

On our bench, we had three level 4 coaches feverishly trying to pull up the USA Hockey CEP lookup tool on their phones -- something they'd likely never even done -- in an arena with spotty wifi and no cell signal.

Pro Coaching Tip: Pull up your Coach Profile on your phone and screen shot it. CEP# will always be at your fingertips as well as your completed levels and age modules.