Is Sportsmanship in Youth Hockey still a thing? 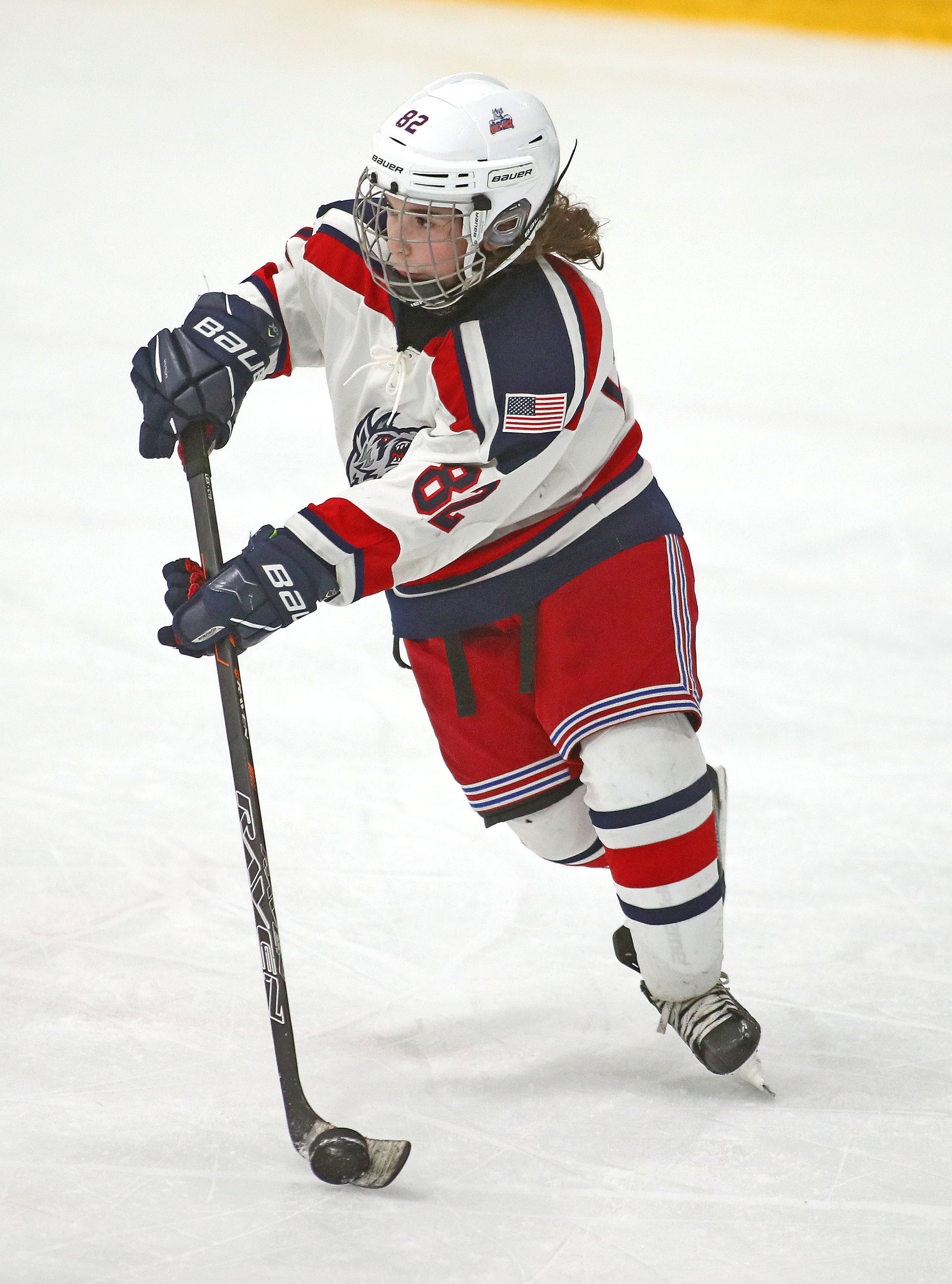 Here's a post that I almost don't want to write.

Truth be told -- most of my posts on here are written months and months in advance so I can re-read them before posting, you know, to make sure I that I'm not just spewing some fresh emotionally-driven angst.

Any "hot takes" on here are generally luke warm, at best, by the time I post. Trying my best to be rational.

But this one has been brewing all season long and just kept coming bubbling up to the top.

Just a few weeks ago -- legit, not months ago, this was current, one of my son's teammates called him out for being a "puck hog" and "terrible" for not scoring in an empty net at the tail end of an already decided game.

Score was 4-1, my son's team was up, and there were roughly 30 seconds remaining.

My son, a defenseman, acquired the puck at the point in the o-zone, skated around a bit, did a couple of escape routes under light pressure, and then lightly tossed it into the corner.

I've talked about situational awareness before -- this was the same type of thing.

Did his team need another goal?

Did my son need to pad his stats with a meaningless goal?

Well, probably... He only scored one this past season so, yeah, an additional goal would have been nice but, again, as someone that understands the game (and not from an xBox perspective), I'm proud that he did what he did.

See, a one goal lead is different than a three goal lead. If it were a close game, yes, absolutely, put that puck in the back of the net.

Sportsmanship, though, is just running out the clock to end the game.

Bragging about scoring 150 goals in a season is the opposite but, yeah, scanning the vibe of the crowd at all of my three sons' games, it's clear to me that sportsmanship is on it's death bed.

Like, I wonder what these folks think of the NFL when the quarterbacks just start taking a knee at the end of games?

Dude, it's over. The game is over. It's decided. No need to pile on.

Bet they still scream at their televisions. 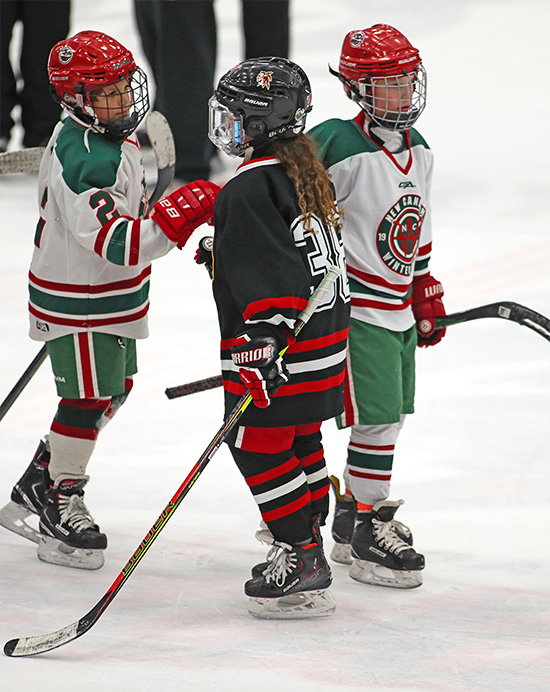 And I'm gonna take it another step further...

It used to make me so proud watching the NHL playoffs on television how the broadcasters would always boast about hockey's long-standing tradition of shaking hands at the conclusion of a hard fought series.

That's my game of choice.

That's why hockey is better than all of the other sports.

It was the same routine, win or loss.

Now, though, watching my children's games -- and also being on the ice for some of them as a coach -- those post game pleasantry lines have turned into taunt lines.

And, like, this is even between teams of kids that KNOW each other. And we're talking about elementary school-aged kids here?!

A former teammate, a goaltender, told my son he sucked, venomously, in a handshake line.

I thought they were friends?

Comically, it was a tie game too...and that goaltender didn't even play.

Another kid, normally super friendly, just scowled at him.

Um, okay. I guess that's how things roll these days...

Might be because they all pound the triangle button on Playstation but I also think they're too often coached that way and/or not disciplined appropriately for it.

Actually, the more I think about it...

I believe it's because sportsmanship is no longer taught. Pro sports condition us to taunt and disrespect the opponent at every opportunity and there isn't an opposing authority to teach the kids otherwise anymore. That's the real issue.

Somewhere, some how, "good game" has morphed into, "You f'in suck."

You know, it's mostly hockey parents of a certain age reading this, right? Remember the movie, Karate Kid?

Johnny Lawrence was a jerk. He was the bad guy.

You don't want your kid to be the bad guy, do you?

Try to guide them not to be. 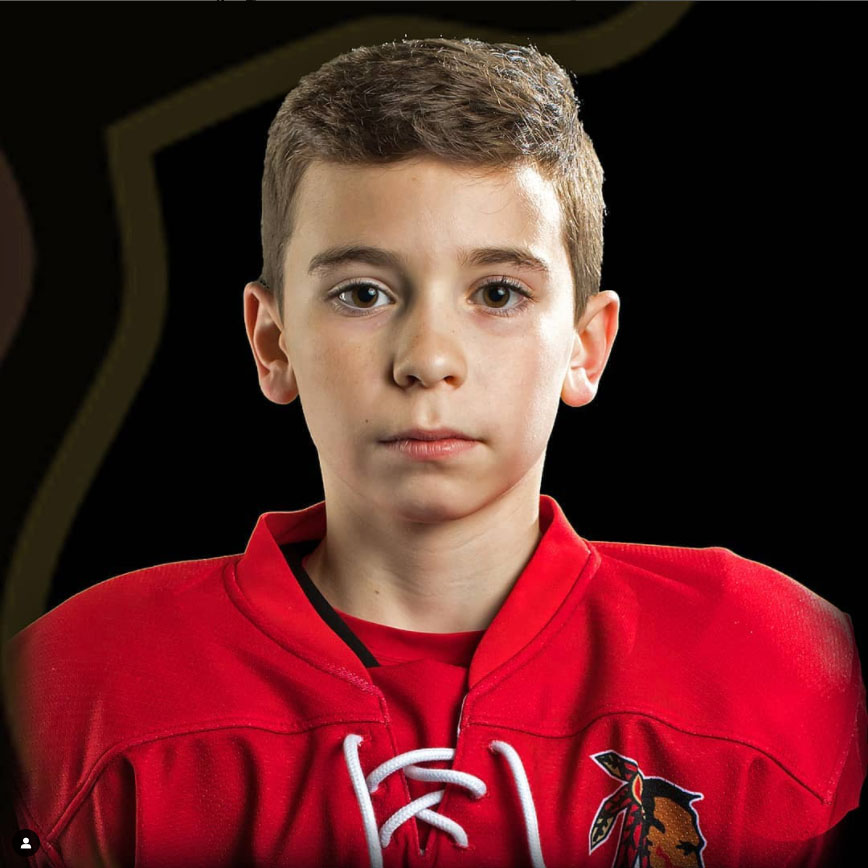 And, seriously, every team has that one kid with macho tough guy face on 100% of the time.

Like, even when they score, the put on some sort of arrogant "look-at-me" attitude face.

Dude...you're 11 years old. You're not tough. Get over yourself.

Even the NHL players that do this look ridiculous.

I noticed this trend taking hold during my days in pro hockey -- mid 2000's or so -- when players stopped smiling after goals in favor of stank face, or whatever you call that "I'm trying way too hard to cool" facial expression.

Duck lips? Is that what it's called?

Have you ever noticed the photos of high school teams featured in so many rink lobbies look like a bunch of wannabe tough guy mugshots? But at the same time, I mean, the k-pop hair cuts and dye jobs kinda cut right through the tough guy image.

Hard not to laugh at boy band look-a-likes trying to look tough. I almost laugh-snort every time I see a 10 year old posturing. So ridonk.

I know my oldest is entering that age where "everyone" is a tough guy. I pray he continues to smile in headshots and team photos.

The shot you see right over there was coached -- their coach asked, err, told them not to smile for pictures. Like, why?

And, really, my pro hockey marketing career has taught me that the players that smile for their headshots, and during warm-ups, and after scoring goals, or going to the penalty box have more fans -- regardless of talent. It's true.

But, like, I don't how to correct the downward tough guy trend at this point.

Now, my middle son is as dirty as they come after the whistle so I can empathize a little bit better than most, I think. He's a "sweep the leg" Cobra Kai type, all the way, in the heat of battle when surrounded by plexiglass.

Post-covid masks off, I can read his lips after the whistle in goal crease scrums. He'll give you slash or cup check you on the way to the bench -- plenty of video footage out there to showcase that he's that type of player.

He is, without a doubt, an irritating player to play against. Probably says all kinds of outrageous, out of context, vulgar things before faceoffs and will go out of his way to knock an opponents stick out of their hands.

But if I ever caught him (or heard him) disrespecting his teamates or opponents AFTER a game -- I'd sit him out myself.

Or worse, standing over an opponent after a hit. I've seen 8 year olds do that -- EIGHT YEAR OLDS?!-- cheap shot a kid and then stand over them with pride like there's some imaginary crowd roaring with approval.

It's ridiculous too cause, if your kid is still a mite or squirt, I'd bet money they'll be teammates with someone on the opponent within the next 5 years. They will, just you wait. Show a hint of respect.

Oh, and smile once in a while.

It's supposed to be fun too. 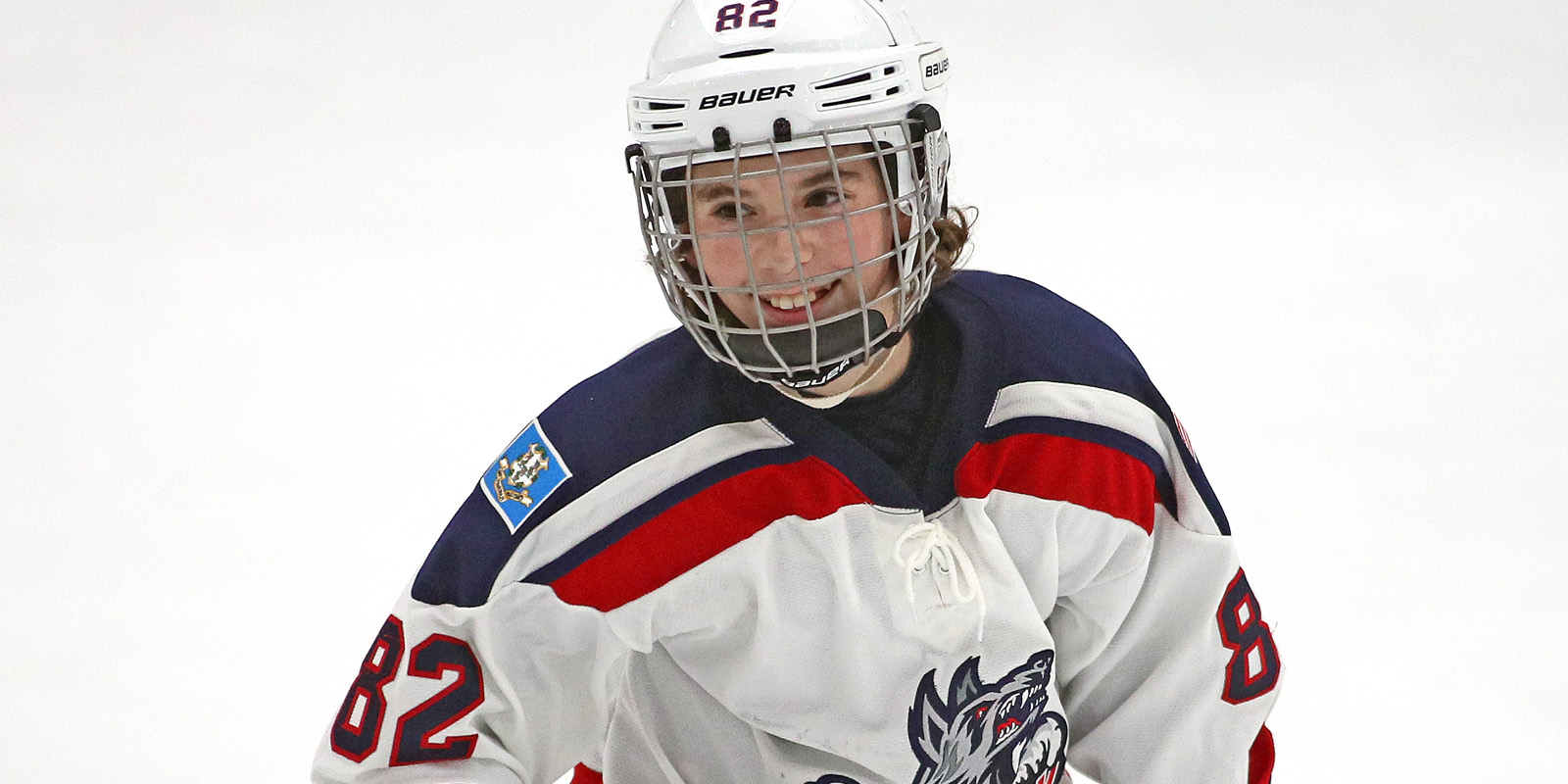