Good at Hockey? You sure? 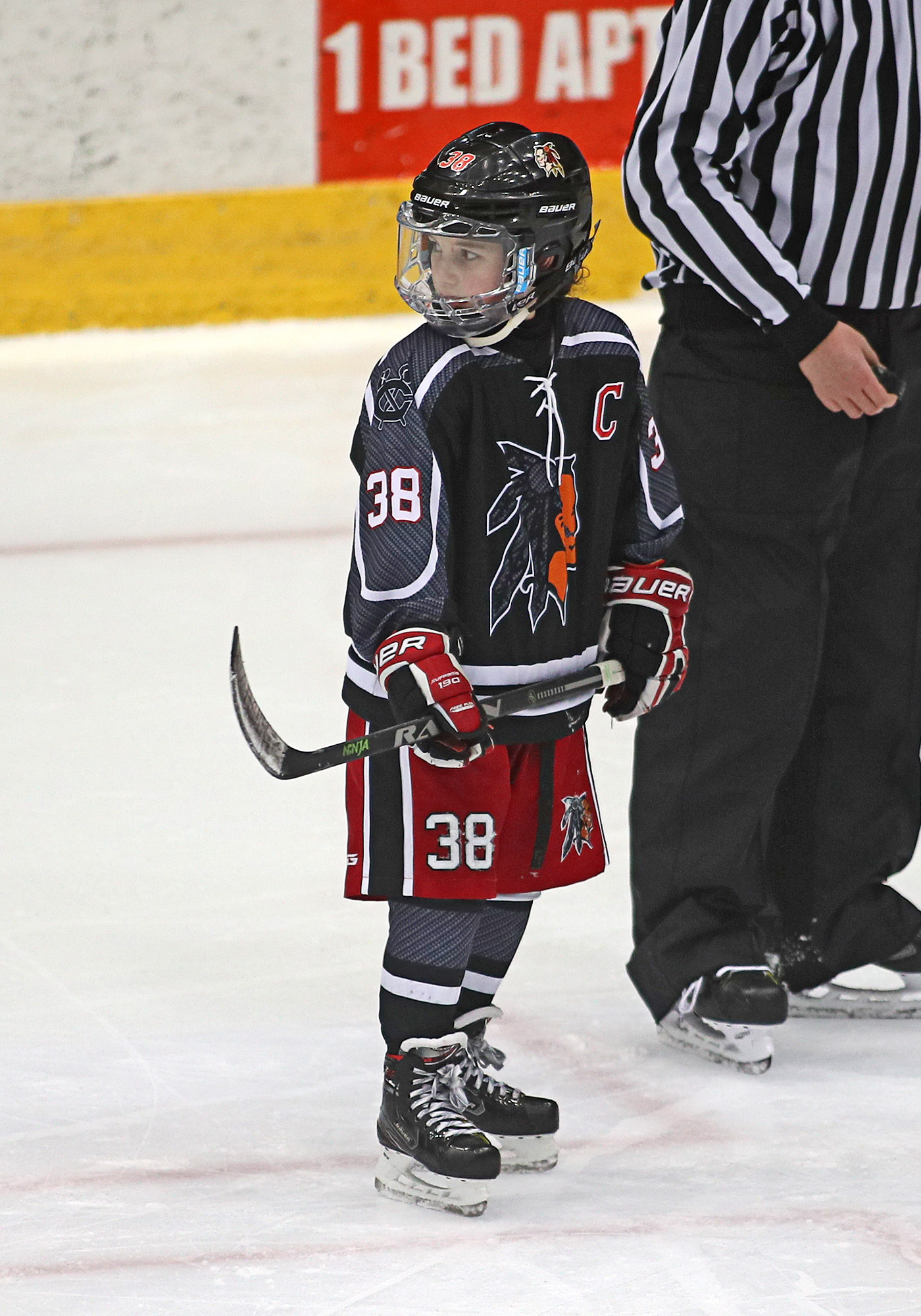 Every team has that kid with the big shot, the kid that can stickhandle out of any jam, and the speedster that seems to generate multiple breakaways every game all by themselves.

They score a lot of goals and draw a ton of attention. Some carry the entire team on their back.

I mean, I blab about those kids all the time.

Their outwardly obvious strengths and their less obvious weaknesses too -- there must be at least 10 articles on that sort of thing alone on here.

But what about all of the other kids on the team -- the kids that don't have any of those blindingly obvious traits?

Are they good at hockey?

Based on the rosters and development of different players on the dozen teams my kids have been a part of, I must report that the answer is yes!

Often times, a handful of those kids are better at hockey than the big kid, the triple deking kid, or the fast kid. Combined.

Yeah, yeah, I'm the guy that sees way more value than most in the third and fourth line and every kid reluctantly stuck playing defense. Whatever...

But stick with me!

Every player has a different skill set and at the youth level, under 10, the level of skill can vary greatly.

Like, some kids can shoot top corner with power as 7 year olds.

Others still struggle with it when they're ten.

You can think that weak 10-year old is terrible at hockey, that's fine, but be prepared to eat your words down the road.

Moreso at the younger ages, you can elevate a player's skill level far beyond their years with additional practice time and private lessons. That's what you're witnessing when a 7-year old is pulling off lacrosse style goals. It's talent...bought.

I'm as guilty as anyone, utilizing private lessons to gain an advantage.

In my oldest son's case, pretty much everyone caught up to him.

Many even passed him by!

Most kids are bigger than him.

His entire team has a harder shot than he does.

His stickhandling is middle of the pack, at best.

And his skating speed, well, he's not pulling away from anyone.

His single goal this season -- and we're a solid 5 months and fifty something games into the season -- is statistical proof that his skill set on the offensive side is seriously lacking.

But, at the same time, he's still "good at hockey".

And that's not just me saying it.

Even my Mom said it!

And she was inadvertently watching the wrong kid for the entire game?!

Okay, just ignore that I mentioned that last part...

But seriously, this isn't "every one gets a trophy" hockey where everyone's doing great and getting taps on the helmet.

It's cut throat. The fact that he's still on the ice is proof that a hard shot and dirty dangles, you know, hightlight reel stuff that gets a ton of attention, are not the be all end all.

I'm not a fan of parents or preachy USA Hockey ADM articles that say some kids are late bloomers. I don't buy that at all.

Instead, I think there are a ton of players, middle of the pack kids on third and fourth lines (or second lines on small rosters), that elevate their skill level across all facets of the game steadily, year-over-year.

At no point, under the age of 10, are they even considered to be the most skilled on their team. They're just "okay" at a lot of things...and, if they stick with it, they get better and better and better without, really, anyone noticing.

It's a silent ascent until they're nearly teenagers and, holy crap, you suddenly and unexpectedly have a "complete" hockey player on your hands.

That kid can shoot, skate, deke, hit, kill penalties, take faceoffs...everything. They're not one trick ponies or single skill specialists. They're good at everything.

That's not a late bloomer, in my book.

And it's a fact that the best mite players are almost never the best bantam players.

What's the secret ingredient then?

So, going back to that thing about seeing more value than most in the third and fourth line and every kid stuck playing defense...

Have you ever noticed that in games against tough opponents, it's almost always the third and fourth line kids that grind out a goal?

It's not a rhetorical question -- there is a reason.

While their skill set might not be at as high a level as the kids on the first and second line, they ALWAYS have to work hard, regardless of the score or skill level of the opponent.

Their baseline is working hard.

That's the answer. The secret ingredient.

I mean, I get it, from the stands, some parents might actually think those kids are taking every shift off...but I'll tell you, they're not. They're doing the best they can.

That kid on the top line that gets breakaways based on their speed alone week-in and week-out grows accustomed to that. They don't need to work hard to get those opportunities -- their advanced skill level makes it easy for them.

So, when, suddenly, it's not easy, it's a real tough adjustment to make.

Same goes for the big kid when, yikes, the opposition is even bigger. Or the stick-handler when the opponent has two players collapse on them with every possession.

It's not a character flaw -- nearly everyone is guilty of getting a little lazy when the opportunity allows for it.

I watched it play out all weekend -- 10 games in all. The self-appointed superstars were putting up multiple end-to-end goals per game against inferior opponents but would then completely disappear in the games against a stronger team.

Like, are they a good hockey player or not?

Consistency is so important. 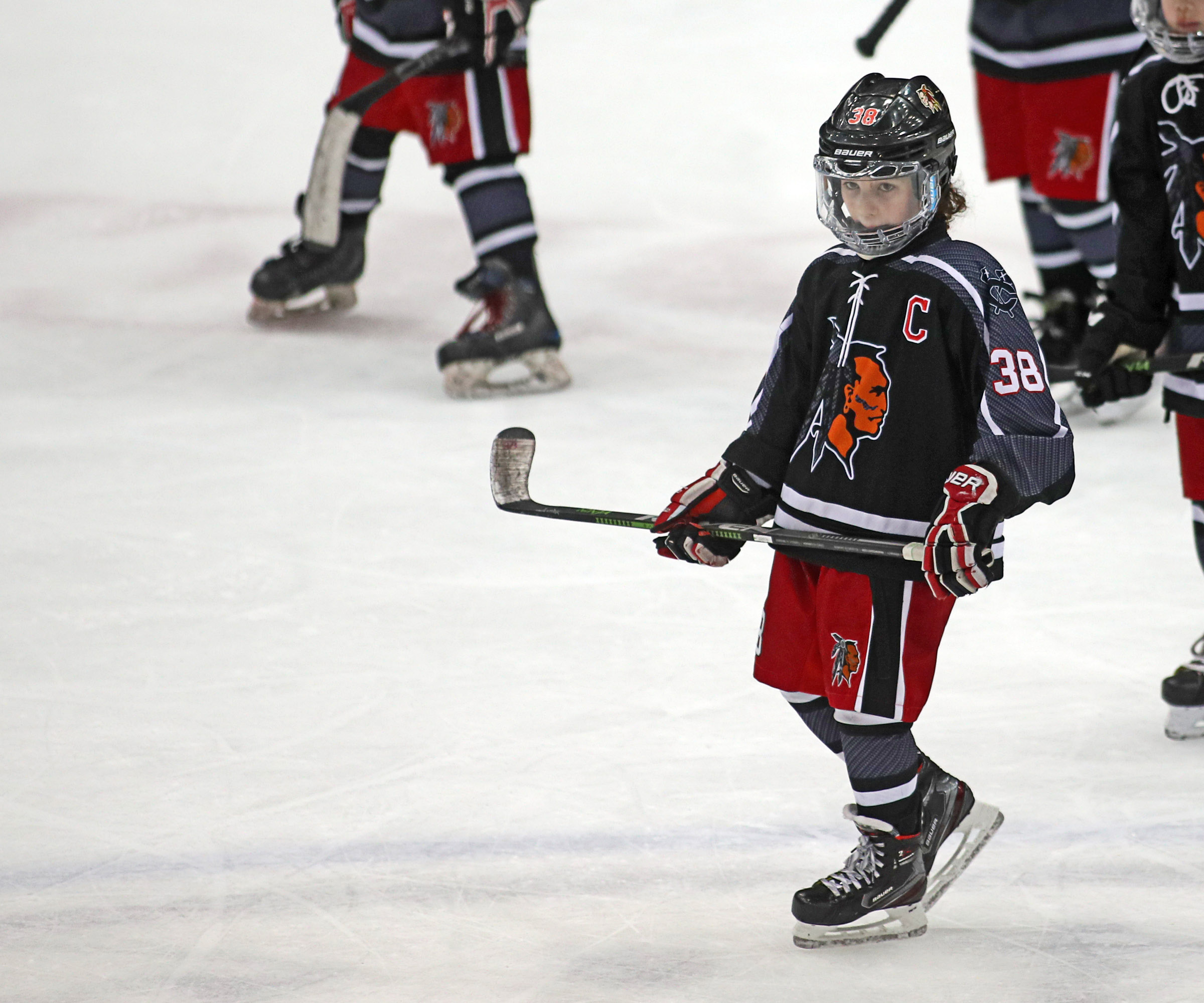 Yeah, they never experience that. It's never easy for them.

The best players, the real ones, rise to the level of the competition.

That's why they're the ones that are actually the most consistent from game to game -- regardless of the opponent. That's why, so often, they create the most offense in blowout losses.

Blowout losses often expose the inability of the top line players just as much as blowout wins make the abilities of the fourth liners seem insignificant.

But, again, if their baseline is working hard all of the time when they're on the ice (and they stick with it and don't get discouraged with being regarded as a third or fourth liner), look out!

I mean, I think they're more coachable as players too simply because they want to get better. They can't rest on their current ability to gain success -- they'll do what the coaches are asking them. Even simple stuff, like hustling off the ice on a line change.

How many top line kids do you see taking extra long shifts and then glide from the far blue line towards the bench when they've decided, yep, I think I'll go to the bench now?

Ever see a 4th line kid do that? They don't.

They hear their name or a call to dump and change and they do just that. They beeline to the bench.

Watch the next game with a keen eye.

It might surprise you, you know, who pretends to work hard and who really does work hard and play the way they're being coached. Mite through bantam.

Kills me a little inside every time a 4th line kid has to sit a too many men penalty committed entirely by a complete lack of effort on the part of the top two lines.

Skill is super important too, obviously, but details matter. They do. And they make a huge difference down the road. 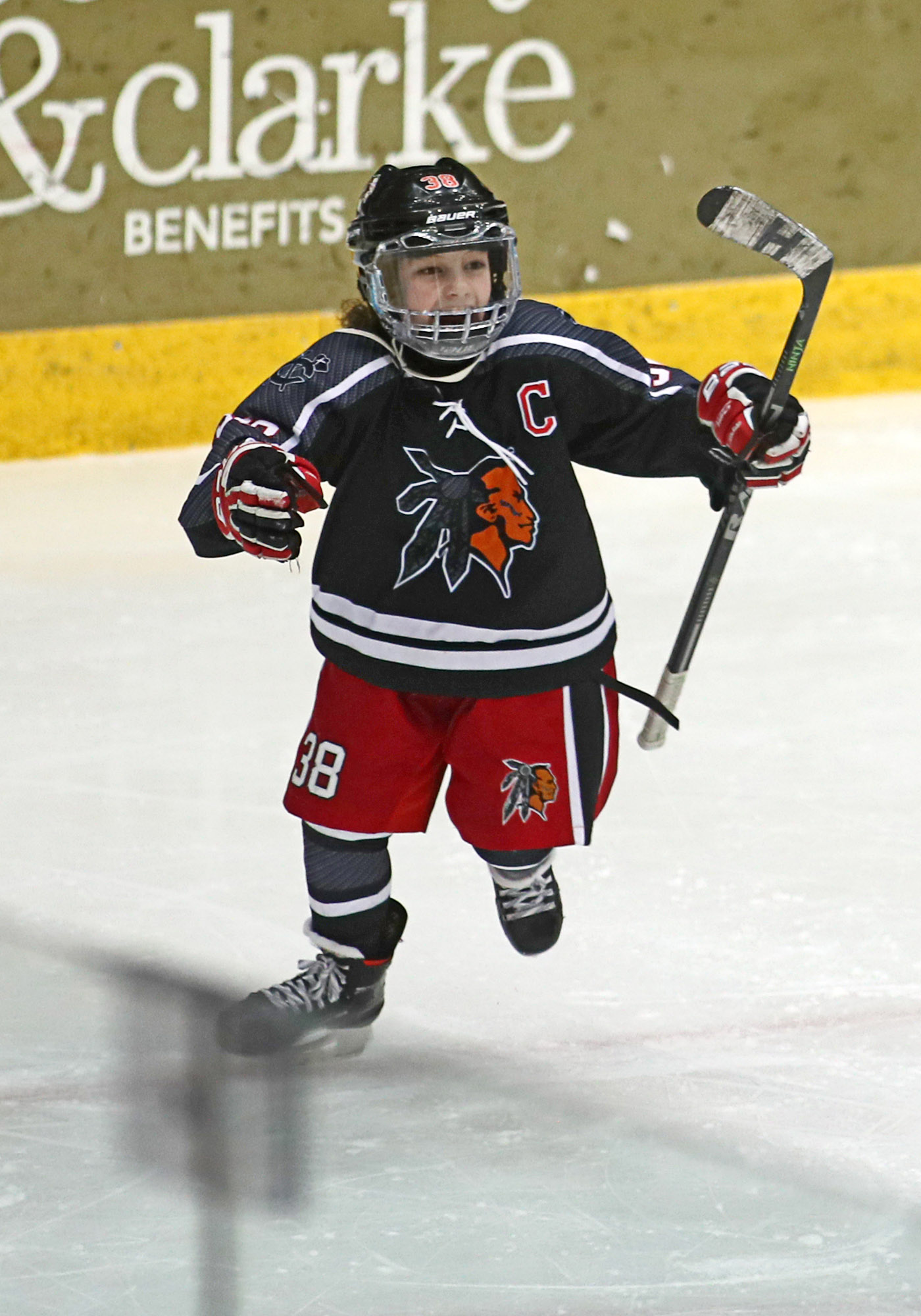 In my observation, though, the hardest thing to coach is what to do without the puck and why they should do it. Kids can be told where to go and how to play their position over and over and over.

Most won't listen -- it's more fun to chase the puck.

Some will listen and play their positions like robots but never really grasp the "why" part.

And the remaining kids that "get" it really shine.

I mean, if you want to go far in this game, having a twirling lacrosse style shot in your arsenal isn't necessary.

Knowing where to go in countless game situations is.

At a certain point, kids that are out there doing their own thing are defensive liabilities on the ice...which is so ironic since it's generally thought that the lesser skilled kids are the liability. Those horrible fourth liners...

Point is, the best players are the usually the hardest working players.

Guys in the NHL are the rare combo of a super wide skill set AND a fourth line work ethic.

If you've ever had the opportunity to skate alongside professional players in a game, the one thing you can't help but notice is that they're ALWAYS in the right place. Always.

I mean, it's crazy, when you realize how large a part of what makes them so successful has nothing to do with what they can do with the puck.

To date, I haven't encountered a single first line player at the youth level that displays those two traits -- a wide skill set and a high work ethic -- concurrently.

And that's why we all need to keep it real. Our kids are NOT going to the NHL.

But they can still be good at hockey.

And, truthfully, that should be the end goal.

Just be good at hockey.