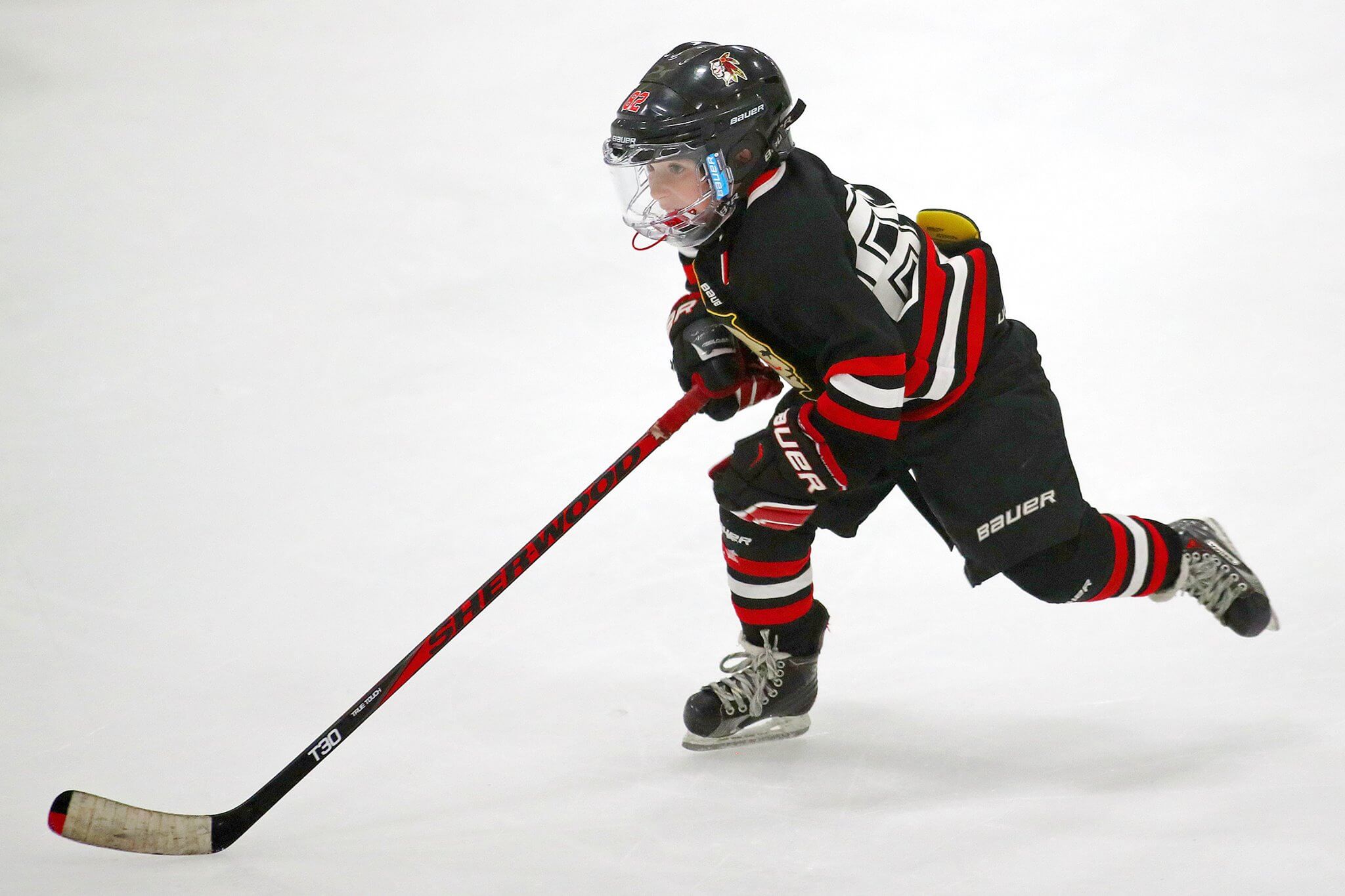 My oldest's sons biggest weakness on the ice, besides his lack of size (which I believe can be overcome), is his speed.

His straight line speed is okay, kinda sorta, but the real shortcoming is that he lacks that "extra" gear necessary to chase down pucks that are just out of reach.

I mean, in bag skate style practices, he'll hit that first line with the faster kids but following the change of direction, he's coming out at the back of the pack...and without an extra gear to catch up.

And with each subsequent change of direction, he falls further and further behind.

I'm greatly exaggerating his lack of speed -- it's not that bad -- but, as his parent, it's very noticable.

You know, something that, if we could fix it, would have an immediate impact on his game.

I've narrowed down the reason behind this to the fact that he'd been so often coached, dating back to skating lessons as a 4-year old, to move his feet.

He's taken overpriced power skating lessons where they emphasize bending the knees and extending the stride all the way back...with limited success.

In more than one of those "experiences", the instructor would enourage him to "move his feet!".

But that's not the issue with him.

He can move his feet as fast as anyone wants him to.

He can put that leg back as far as his body will allow.

But none of that matters because he NEVER pushes the ice behind him...HARD.

I hear a lot of coaches (and parents) say things like "Skate hard!" I'm totally guilty of it too...but have learned that a ton of kids have no idea what that actually means.

Push hard, to them, means push your leg far back...and do it quickly.

Maybe even stomp with each stride. You know you've heard that in practice -- sounds like a herd of Clydesdales stomping up the ice.

That's not skating hard. Have you ever seen an Olympic figure skater or speed skater stomp like a giant horse? Of course not.

My oldest, unfortunately, takes it to another level and has a tendancy to swing his arms more erractically, twisting his shoulders back and forth so much so that his neck is doing some sort of serpent like movement.

You're skating hard, for sure.

And wasting a TON of energy.

"You know what -- don't skate hard. Your stride was way better before."

And that's the frustrating part. They just don't understand. 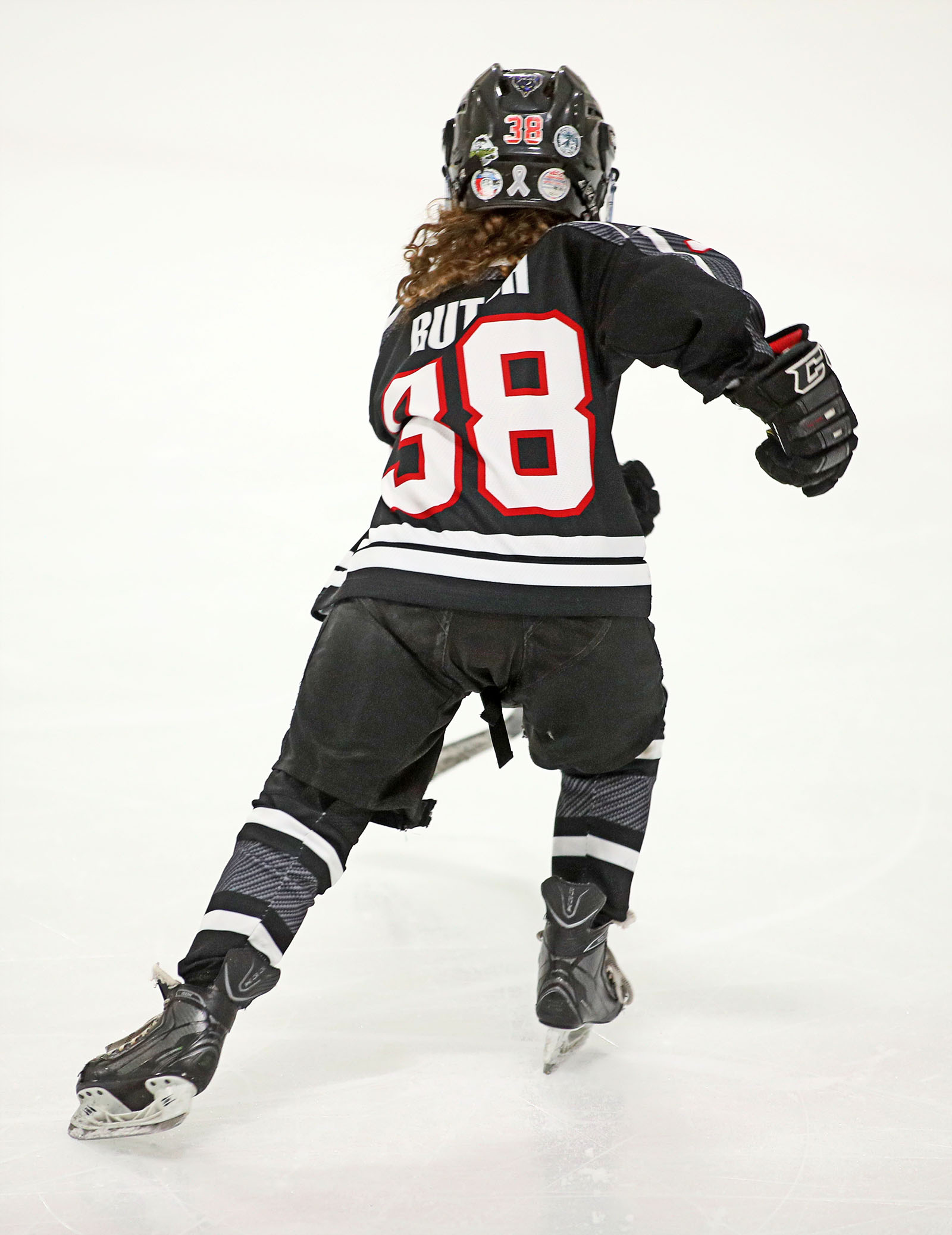 Henrik, my middle son, skates like a runaway freight train when he's engaged and manages to maintain a solid form.

To a lesser extent, though, he too suffers from the exact same issue his older brother does.

He has a far better stride, fast feet, and his arm swing is pretty good but he doesn't push hard either.

Pushing hard is the secret to skating fast.

Long stride and fast feet only work if you're, first, pushing hard.

Once I, somehow, get this to make sense to my kids and the lightbulb turns on, I think they'll surprise themselves with their new-found speed.

I think that's true for, like, 60% of youth hockey players.

They're all doing it wrong!

I don't really have one. Well, not one that's worked. Yet.

In the meantime, I'm doing my best to not let them skip leg day...which is every day.

I have the two older boys willingly doing 100 squats (in sets of 20) while they clutch a 15-pound kettle weight in their tiny hands. They seem to enjoy it a lot more than doing push-ups but they're doing those too.

I also having them do wrist rolls with three pounds hanging at the end. They hate that but the deal is, anytime you're in the lobby while playing Fortnite, you need to do wrist rolls until the battle bus takes off.

Through it all, I've come to learn too that the 10-and-under age group is certainly resilient.

I mean, if I were putting myself through the same exercise routine, I'd struggle to navigate a staircase, step in or out of the car, or even twist a doorknob without appearing far older than I actually am.

Now, I'm not a personal trainer or anything. I'm certain there are some specific exercises that could address exactly what I'm looking to do but this is more of an all encompassing thing. They need more strength...everywhere.

I'm basically having them do the things I had to do in high school as a distance runner -- we did a lot of leg presses, squats, dips with a 25-lb waiting dangling between our legs, and pull-ups.

We even did sit-ups while hanging upside down...but thinking back, I think we were only doing that cause we thought it looked cool.

It did look cool.

Anyway, no noticable results yet but I'm confident that once it does all come together, the added strength will only benefit their overall game on the ice. 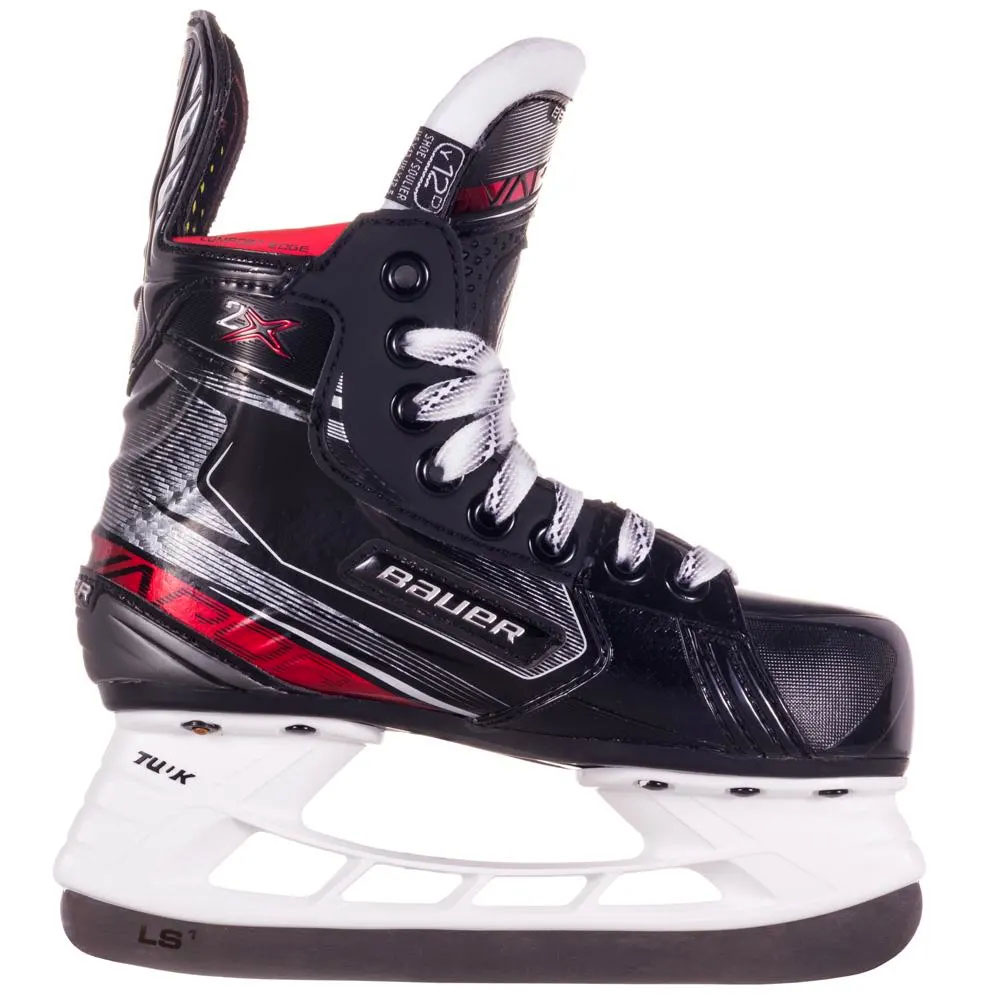 Side Note: One of the kid's former coaches, in a player review, once mentioned that Duncan's small foot size was partially to blame for his lack of speed when compared to the other kids on the team.

Most of the players on his team were wearing size 1 and size two skates -- adult sizes for all intents and purposes -- while my son was still wearing a youth size 10.

The moment he stepped up to a size 11.5, his speed increased. Over night.

The increase of 11mm in the length of the blade was the reason. Coach was spot on.

Had I known (or believed?) how dramatic the results would have been then, and had I done a little more research, I'd have pushed him into a size 12 for an overall gain of 18mm.

So, while I'd always suggest that getting properly fitted skates is of the utmost importance, take note of the blade length too. If going up an additional half size results in a longer blade...do it.

Just google your skate brand's "blade size chart" and you'll see the charts with all of the measurements.

That said, if your kid has HUGE feet for their age anyway...ignore this.

There reaches a point where having more blade actually hurts your overall game, you know, the law of diminishing returns rears it's ugly head.

You can't "skate" with skis on.

Well, you can... Speed skates are crazy long but if you've ever been in a professional hockey locker room, you'd be shocked at the skate sizes those guys wear. Dress shoes and sneakers are size 12...and then they wear a size 8.5 skate.

Reason being, a shorter blade lends itself to more agility. Agility in hockey is clutch.

Professional players, with thighs the size of my waist, have the leg strength to generate power and speed on a shorter blade.

Kids? Not so much.