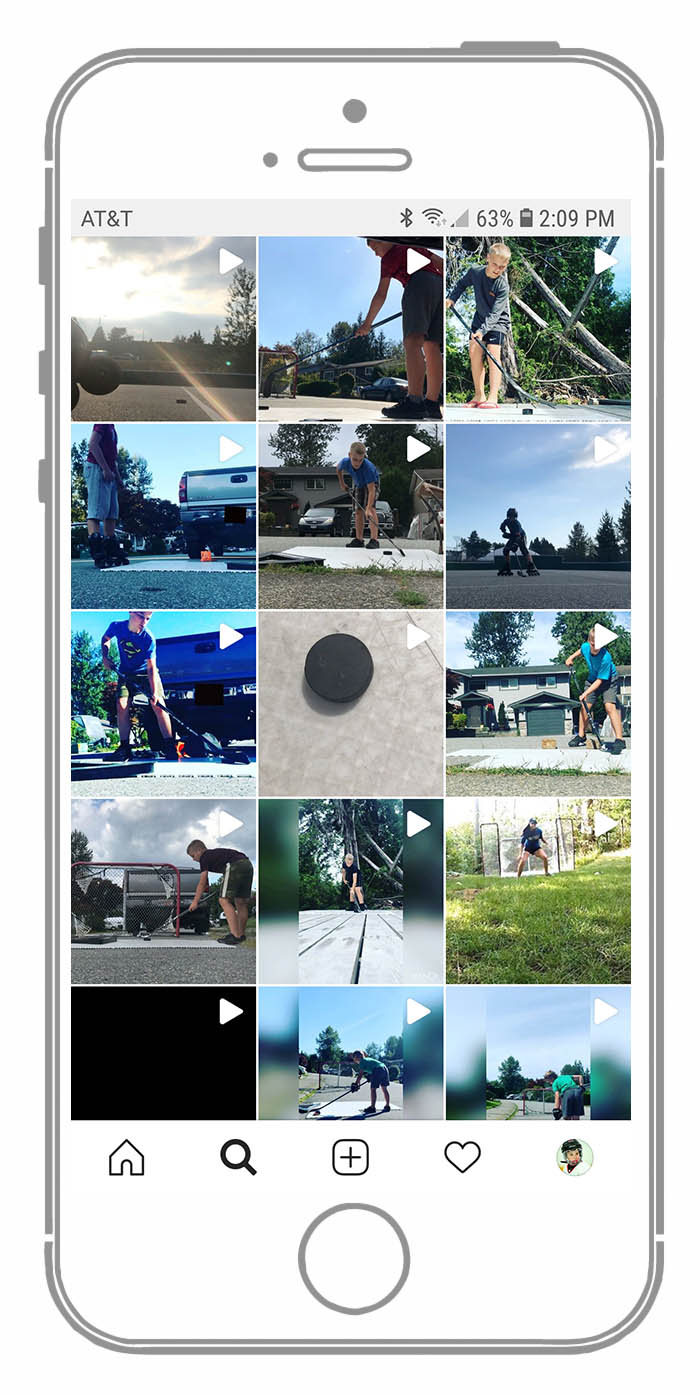 And, with that, they scroll through an awful lot of Instagram videos which are, thankfully, for the most part hockey related.

As semi-responsible parents, we monitor what they're looking at and, frequently, they openly come to show us the things they like the most.

Of late, it's almost exclusively kids doing trick shots with those "sauce kits", fancy stick work where kids toss pucks into the air, spin around a bunch of times, and then catch them, and the silky mitts stickhandling clinics where kids are moving a million miles an hour with some gangsta rap backing track playing.

I've done my best to reinforce that they not ever waste time practicing something like what they see unless it's something they've seen in a game before.

To date, I've never once had to put on my bathing suit, take a shot from the roof of my house, and hit a 6-inch wide hockey net floating on an inflatable alligator in my neighbor's swimming pool...in a game.

I'm 44 years old -- that probably should have occurred by now, no?

I've never once played beer pong or cornhole either so maybe it's just me...

On that note, when did it stop being called a bean bag toss? I used to do that at birthday parties in the early 1980's. I thought it was kinda lame then...but now I see adults pulling big fancy colorful shellacked boards out of the back of their car and people cheer...

Will Pin the Tail on the Donkey, the Hokey Pokey, or Simon Says be making a huge comeback soon?

Am I just old? 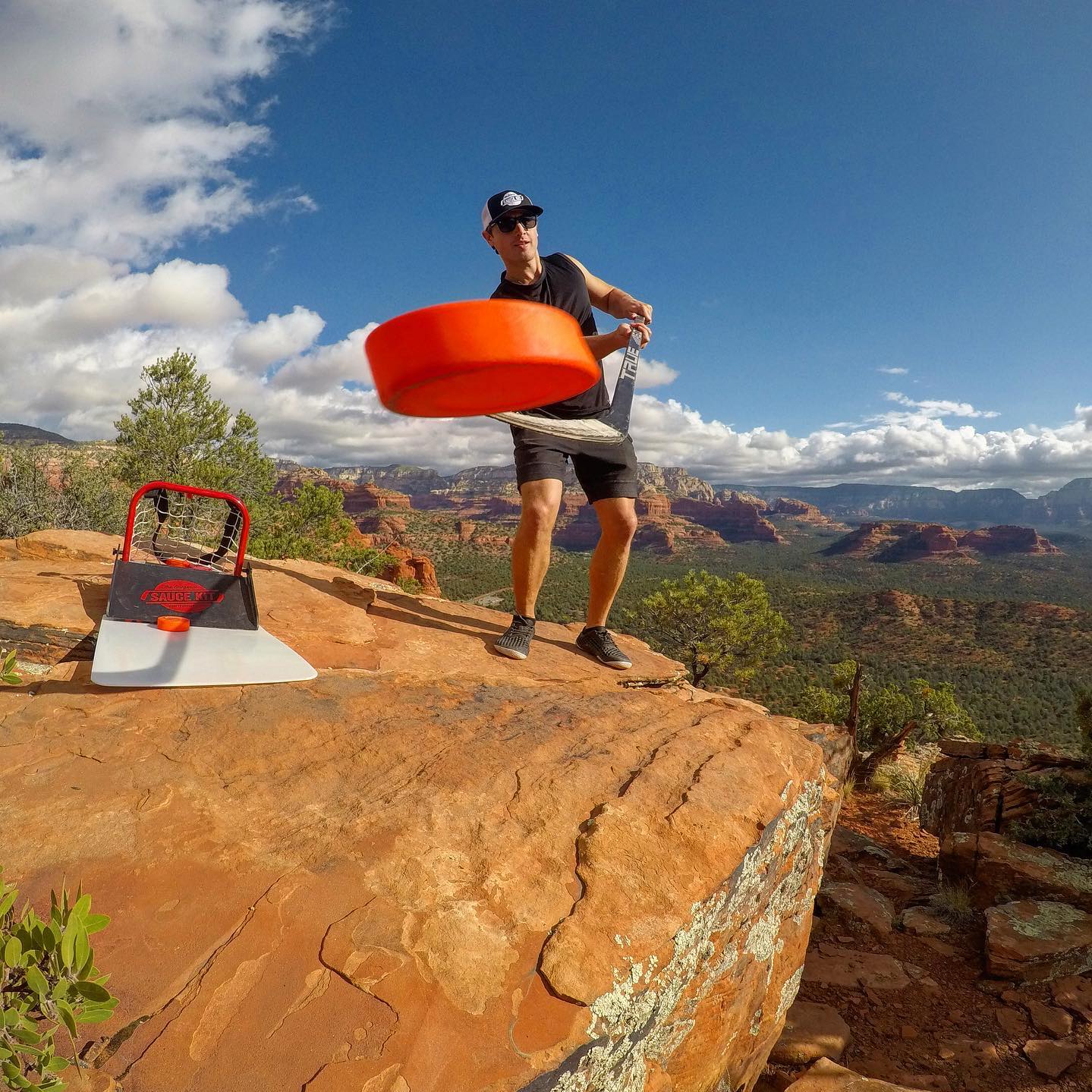 See, I'm all for accuracy training but, yeah, those sauce kit things are a carnival game.

And I say that knowing full well that one of my own personal special talents is winning those water gun carnival games.

Swear to god, I'm AHHHHH-MAZING at those.

But what a crappy thing to excel at!?

Unless you like lugging around giant ninja turtles at theme parks.

Anyone need an old dusty, faded, and lumpy Leonardo?

I wish my special talent were picking lottery numbers or something...

So, yeah, my kids will never have one of those sauce kits in the house so I don't have to worry about the trick shots.

As for the tossing the puck in the air or spinning around with the puck stuck to the blade of their stick? Well... I catch them working on that sort of thing from time to time.

You know, in a game.

Same deal, to date, I've never once seen a hockey player toss the puck 30 feet in the air, twirl around three times, and then catch it on their stick during game play.

Super impressive, I guess but it's not a measurement of puck control or hand-eye coordination. It's not.

It's a parlor trick.

And that brings me to the silky mitts stickhandling videos.

Well, every kid starts our stick handling with the "chopping broccoli" hack, hack, hack on alternating sides of the puck method.

Tried and true, that's where it all starts.

Then it gets faster and faster.

It's even funnier when they're not even touching the puck, just hacking side to side next to a sliding puck and then acting like their the next Datsyuk or, worse, posting the video on Instagram where kids, like mine, think it's amazing.

That's been going on forever though -- even when I was kid.

We didn't have social media or anything but we certainly looked up to that older kid with the fast hands.

And that's the thing, now that I'm older, I totally realize that kid was terrible.

Even still, I can't help but face palm anytime I see my kid coming out of the defensive zone stickhandling like a beast around...no one. Not a forechecker in sight.

Fast hands aren't something you should unveil in wide open ice.

You think you can reach it? Nope, you can't.

That's what stickhandling is.

Deceptive methods of moving the puck around quickly and using your body to further protect and maintain possession of the puck.

The new trend I've noticed are videos coming from kids that are really talented stick handlers.

Like, 9 year olds that have exceeded my skill level by tenfold.

What they do is this twitchy stick tapping thing as they stick handle.

Here's an smattering of examples:

So, like, as someone that's always primarily played on the defensive side of the puck, like, honestly, this is the least deceptive stickhandling tactic I've ever seen.

You're not fooling anybody.

I mean, it's great that your wrist on the top hand has that kind of speed and range of motion but, well, my five year old will poke check that away with ease.

This is a pointless skill.

Well, unless stick tap dancing catches on. Then I'l have egg on my face, for sure.

I shouldn't even joke about it, I mean, some how the bean bag toss is in style again!

Back on topic -- for the kids like this that are already very capable puck handlers, work more on getting shots off quickly -- no wind up -- while stickhandling.

That'll benefit you in a game.

Flickety blade taps around a stationary puck will not.

All that said about parlor tricks -- I have fully encouraged my kids in the mastering of solving a Rubik's Cube and, yeah, that's a parlor trick.

But a parlor trick that appeals to and impresses the masses. Widely appreciated. It's no joke and hasn't lost its appeal for 40 years now. Pretty solid run.

It's also a great activity for the long road trips made during hockey season that isn't screen based and forces some brain activity.

The ability to quickly analyze a pattern on 6 sides and how they interact with one another is a valuable skill in and of itself.

Pro hockey parent tip -- have a couple Rubik's cubes in the backseat of the car...always. 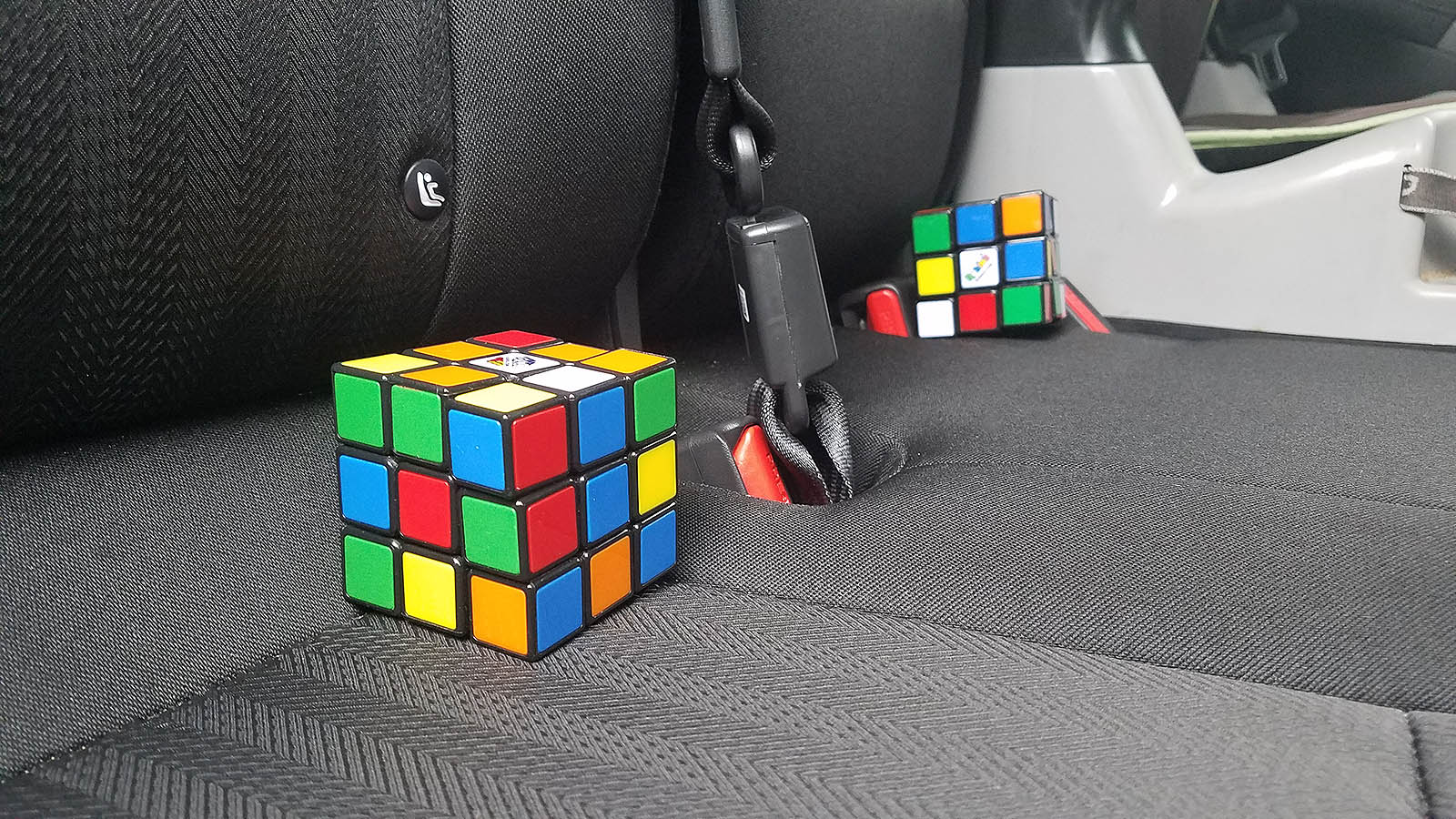 Outside of the hockey crowd -- and, sadly, that's a small crowd -- tossing a puck (which many in the masses still call a ball) into the air and catching it on your stick isn't very impressive or entertaining.

Get good at something that matters. And practice that.

I’ve been trying all year to solve a Rubik’s Cube in under a minute so I can post it to Instagram. I finally did it!!! The world record is like 5 seconds. Which is actually done by using dark magic I think? So. That doesn’t count in my book. Just kidding. The kids who do the Rubik’s cube in under ten seconds are my heroes. Stuck in quarantine!? Get you a Rubik’s Cube!