A Mouthguard for Hockey that doesn't Suck 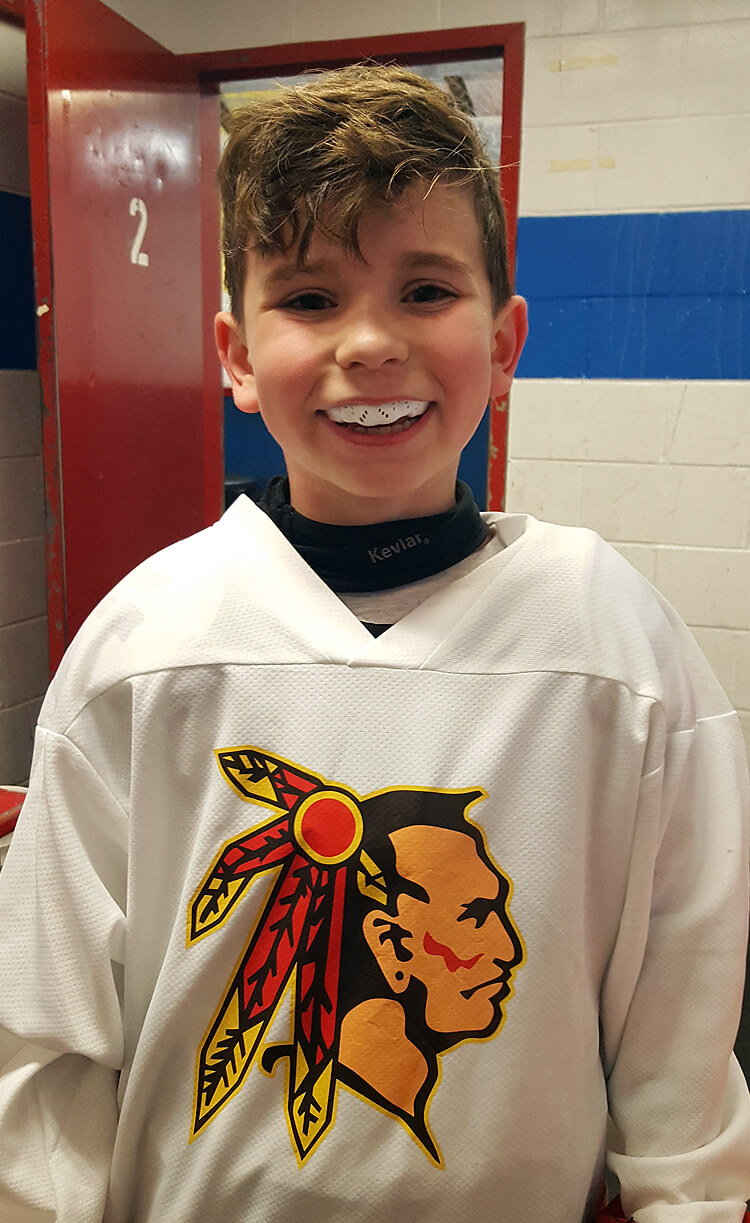 As with neck guards before them, youth hockey has begun to make mouth guards mandatory as well.

I've never been a big fan as I don't believe they actually prevent concussions (the trendy argument in their favor, of late) and also because I think communication on the ice is super important.

Putting a muzzle on a kid isn't helping at all, in either case.

But the rules are what they are...

It's been a long odyssey to find the "perfect" mouth guard for youth hockey...but I believe we've finally found it.

At first, we tried one of those simple clear ones. Super basic.

That lasted a single game before it was chewed to pieces.

Up next, we went to Dick's Sporting Goods and were pleasantly surprised by the vast number of options we had -- size, colour, flavor, etc... I mean, they had a whole wall of them.

Taking far longer than we should have, we eventually narrowed it down to a youth sized version from Shock Doctor where you need to boil it to get a custom fit.

It even had the tether to connect to the helmet's cage, like you see on so many kids, and it was flavored.

Now, neither of my kids are the type to really chew excessively on the mouthguard, have it half way out of their mouth, or even just bouncing around inside their helmet so I was thinking, yep, this should do it.

And for the first few games they wore the Shock Doctor mouth guards, they held up pretty well...but the youth size was HUGE!

Not only could neither of them talk with them in -- and both are pretty vocal out on the ice -- they were both on the cusp of gagging as well...unable to breath, struggling to swallow, and trying to force it out of their mouth with little success cause the overly rigid tether was providing resistance.

Slow suffocation going on, right there.

I'd imagine it's akin to waterboarding...

Following that failed experiment, we got them both MOGO mouth guards, which are a little less expensive and, to me, looked a little smaller, but the result was the same -- another $30 down the drain...

They're just too big and from speaking to other parents, that's the main complaint when it comes to youth sized mouthguards.

Now, neither of my kids has a narrow bite...or a wide bite...or a crazy over or under-bite.

Pretty average oral anatomy for kids that are just getting their adult teeth in.

You know, those Bucky the beaver front teeth pretty much every 4th grader has. My kids have teeth like that.

Plain and simple, though, that style of mouth guard just didn't fit...at all.

Personally, I think this explains perfectly why so many kids using Shock Doctor or similar products have them hanging out the side of their mouths more often than not. You know what I'm talking about...

Total junk, they are. Expensive junk.

And what the heck is "Fusion Gel" anyway? Sounds gross. 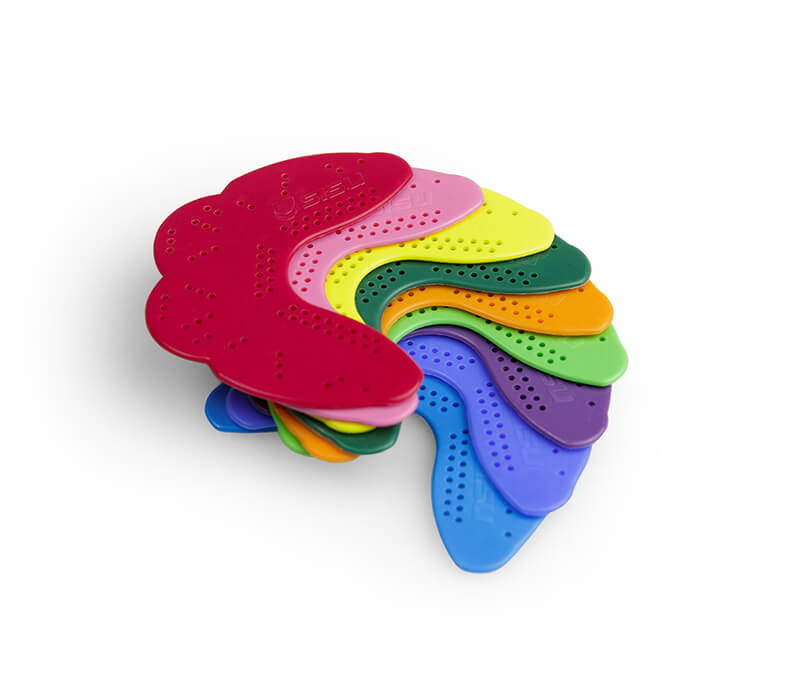 So, just short of spending a fortune and making a special visit to the dentist to have a "professional" one made, that he'd outgrow within a few months, I saw an online ad for the SISU mouth guard...

I know, it looks like a butterfly shaped piece of Juicy Fruit with a few holes punched in it...but having exhausted most other options...and a tournament that required a mouthguard fast approaching, I ordered one anyway -- the NextGen model in a youth size.

In person, yep, a flimsy piece of some synthetic rubbery material. Not terribly substantial and I was having some serious doubts...

We did the, now routine, boil and bite method of getting a custom fit and after a little whimpering that the water was too hot and not to push on his gums so hard, Duncan nodded and said, lisp free, "I like this one."

"Excuse me? Did I just hear you speak clearly?"

The mouthguard wrapped itself around, and locked on, to his top teeth and stayed secure.

Really, I have zero experience with dentures, have never even seen a real pair, but it was like one of those Polident commercials where it just locked in place around his teeth...and stayed in place.

It wasn't falling out.

Wasn't moving around tempting him to chew on it.

And he could speak, clear as day.

I was ecstatic -- like to the point I punched him right in the mouth to test out how much protection it offered!

No, I didn't actually do that...but I was thrilled to have finally found an inexpensive solution!

So, think what you like regarding the concussion prevention. I didn't test it by smacking him around but, remember, a mouth guard only does something when it's in...

My kids keep the SISU in because they can't even tell when it's in (often still having it in place for the car ride home after practices)...and if it's not bothering them, well, I can't complain about the rules anymore.

Really, though, this is the only mouth guard I've come across that fits kids just like the ones you can have made by a dentist.

That, and from the other side of the glass I can hear (and understand) their high pitched voices calling out to teammates again.