Try not to mistake Disappointment with Anger 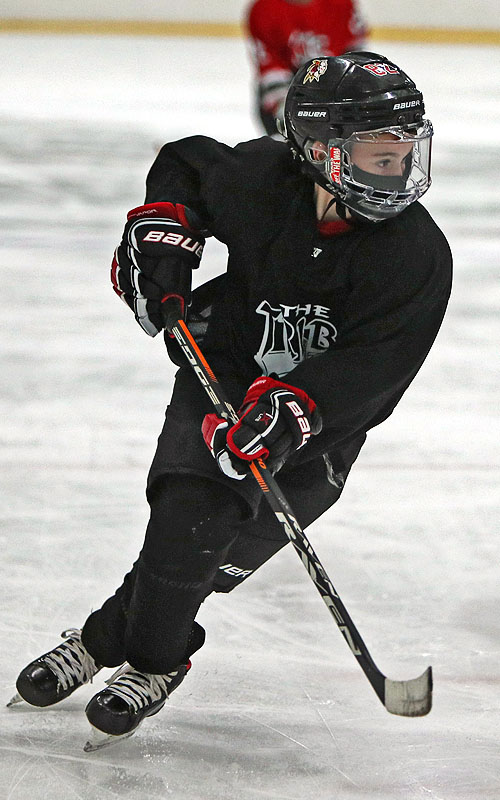 Starting next week, in our region, youth hockey will be shut down until January 19th. Essentially two months.

At the onset of the season, things were relatively normal -- once out on the ice, anyway.

Initially, there were protocols being followed off the ice, of course -- limited use of locker rooms and masks being worn on the way in and out of the facilities.

Then the rules expanded and got a little more rigid too.

One spectator per player or no spectators at all.

Annoying, sure, but it made sense, you know, given the circumstances. I mean, if you hadn't heard, there's this pandemic going around.

A couple of weeks pass and then, for some of our games, centers had to wear masks on the ice. Thought being, they're face to face with an opposing player.

Okay. I'm okay with that too, I guess. Kinda weird but, whatever. We can deal with it.

It was at this point that some players started wearing masks on the ice all the time. Smart -- the writing was on the wall.

And then, like clockwork, a few more weeks pass and, yep -- ding, ding, ding! -- all players had to wear masks.

Off the ice, on the ice, it didn't matter. Wear a mask.

On social media, in hockey circles, this is where people went off the rails as if the sky was falling.

"This is insane, you can't play hockey with a mask on!"

And, you know, my kids even wear bubbles which you'd might expect to fog up when wearing a mask but guess what? It didn't ruin the game for them.

They were still playing hockey.

Of my three kids, one complained about the mask...once. Mask, goggles, and bubble combination issues.

And that's when parents really started going rogue. You know who you are -- taping masks to the outside of their kid's cages or modifying them so they didn't cover their nose. Really?

Are you trying to teach your kids to skirt rules?

Or do rules just not apply to you or your kids?

Well, then, for this season, they can't play hockey either. Sounds like they should be classified along with the most vulnerable.

And the ignorance from USA Hockey just in the past week -- calling out specific states DPH's for saying the Bauer Splash guards and CCM Game-On masks weren't sufficient.

Um, yeah, shame on you too USA Hockey.

Then out-of-state games were put on ice.

The program we play for plays outside our state more often than not -- but the programs still made it work by lining up games with other programs within our state.

It wasn't ideal...but it was okay.

Actually, no, it was kinda nice not having to travel as much as we'd grown accustomed to!

We still had multiple games per weekend. Really, it didn't have a huge effect on the schedule.

So, here we were, playing in-state games only, wearing masks the entire time, and frequently not being able to watch the games in-person.

The kids were still playing hockey and still having fun.

Isn't that what we were going for?

Now, as a side note, there was a big kerfuffle in our region among players that play for teams out of state and how local restrictions made it so that they were not allowed to play for their teams anymore.

Now, sure, that would be upsetting but, even still, decisions have consequences.

I mean, if you'd asked me in June whether I thought this hockey season would be normal, I'd have told you..."Nope, I don't expect this season to even finish." (Wait -- I actually did say that!)

If you had asked me if I'd considered playing for a team based in another state, I'd have instantly responded that, "No, of ANY season, this would certainly not be the season to do that. Duh."

So, yeah, spare me your shock... You should not have felt blindsided, again, given the circumstances.

Hilariously, now, the argument has flipped. Kids in Connecticut that play for Connecticut teams can't play...while the kids playing out of state, for states that have since relaxed their restrictions can play.

Doesn't matter though -- the writing is on the wall.

In another week or so, nobody will be playing in our state or the surrounding ones. 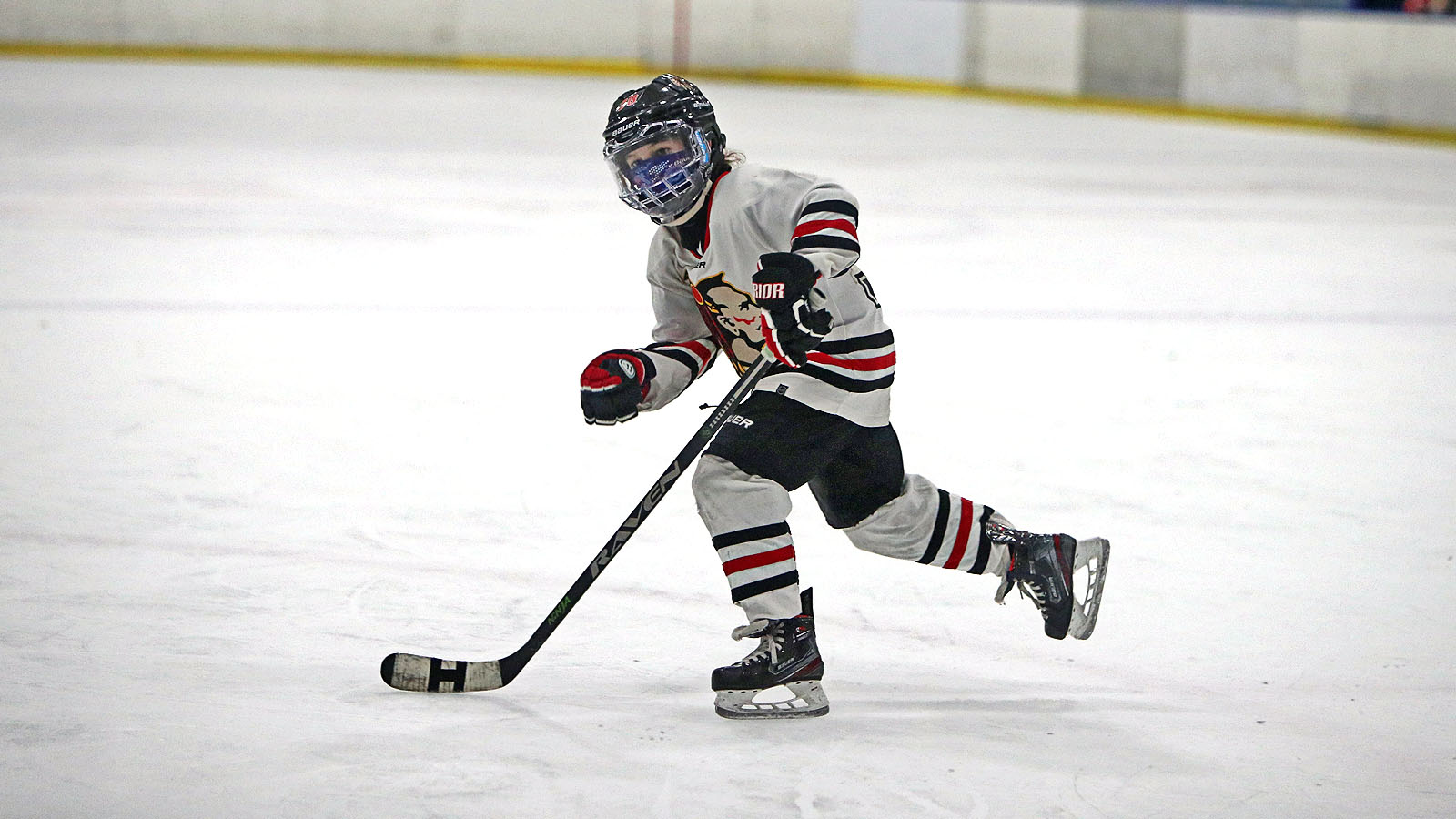 So, recapping the timeline over the past few months...

In a nutshell, that's how it went from September through mid-November. And...I dunno if you live under a rock but...COVID cases have been going up and up and up through it all.

Okay, sure, I've come to learn that a majority of hockey parents lean Republican and some seem to be drinking the koolaid...but this isn't a hoax.

The government isn't out to get you.

Truthfully, I'm shocked that it took this long.

In late August, my kids participated in one of the CCM Elite Invite tournaments.

I was a little reluctant about it, safety-wise, but overall, our experiences at the rinks during the summer months leading up to the season made hockey feel like a very low risk activity.

Lower than a trip to Walmart -- that's for sure. Granted, we haven't set foot in a Walmart since February but, yeah, the rink felt low risk.

So, we showed up at this tournament, fully dressed just before game time and spent essentially 75 minutes in the building then promptly left and went home (or to our hotel room) after each game.

In hindsight, I kinda wish I'd documented what the rink parking lot looked like during those tournaments.

I mean, even pre-COVID, I'd have been very against 8-15 year olds tossing a football around in a crowded parking lot -- my car doors already show the battle wounds of parking in rink parking lots.

A football hitting my hood in addition to all of the dings on my doors? No thanks.

Okay, this is sounding like I'm worried about the condition of my car...

But, really, it was like the overflow parking area for a venue hosting Lollapalooza.

People EVERYWHERE. No masks. None.

Out of state license plates -- from states that had been tagged as red on travel advisories -- abundant.

I mean, alongside the CCM banners, they should have planted a flag outside the building advertising it as a super spreader event cause that's EXACTLY what it was.

So, anyway, we didn't hang out in the parking lot. We didn't participate in any tailgating activities either.

This was not the right time for that sort of thing.

We hit up a drive thru and ate in the car. Or drove around to kill time between games.

Inside, for one of the games, we were playing against a team hailing from Vermont. But, unusually, every kid on that team had helmet stickers that indicated that they normally played for a New York or Pennsylvania based team -- both states that were not allowed to, well, be there.

Shame on those parents.

Even more shame on that Vermont based program that allowed them to be rostered.

Circling back to playing for programs beyond state lines -- one family we know had their son playing out of state this season. When that team was sidelined due to COVID restrictions, they re-rostered on a team in a third state.

That state is shut down now too.

Frankly -- at the current time, shame on ANY parent or program that allows double or triple rostering. This is not the time for that.

I am so tired of seeing posts about "Oh, they can't do this to the kids..." or "The kids need to play" or "Unbelievable" or "There no science to back it!" or "Vote them out!"

I'd bet every youth hockey team still playing has had their schedule turned upside down, less than 24 hours before a game, because of a positive COVID case on their roster or an opponent's roster in recent weeks.

Even still, this past weekend, there were still HUGE groups tailgating in rink parking lots. Um, hello?

Hockey has not been unfairly targeted.

Many hockey parents clearly disagree -- and, frankly, that's why we are where we are now.

Not playing at all.

As a community, we got exactly what we deserved.

But, but, but the kids need to play?!

No, they don't. Not now. They shouldn't.

And for those that are furious or angry about me even saying that -- you're not really angry. 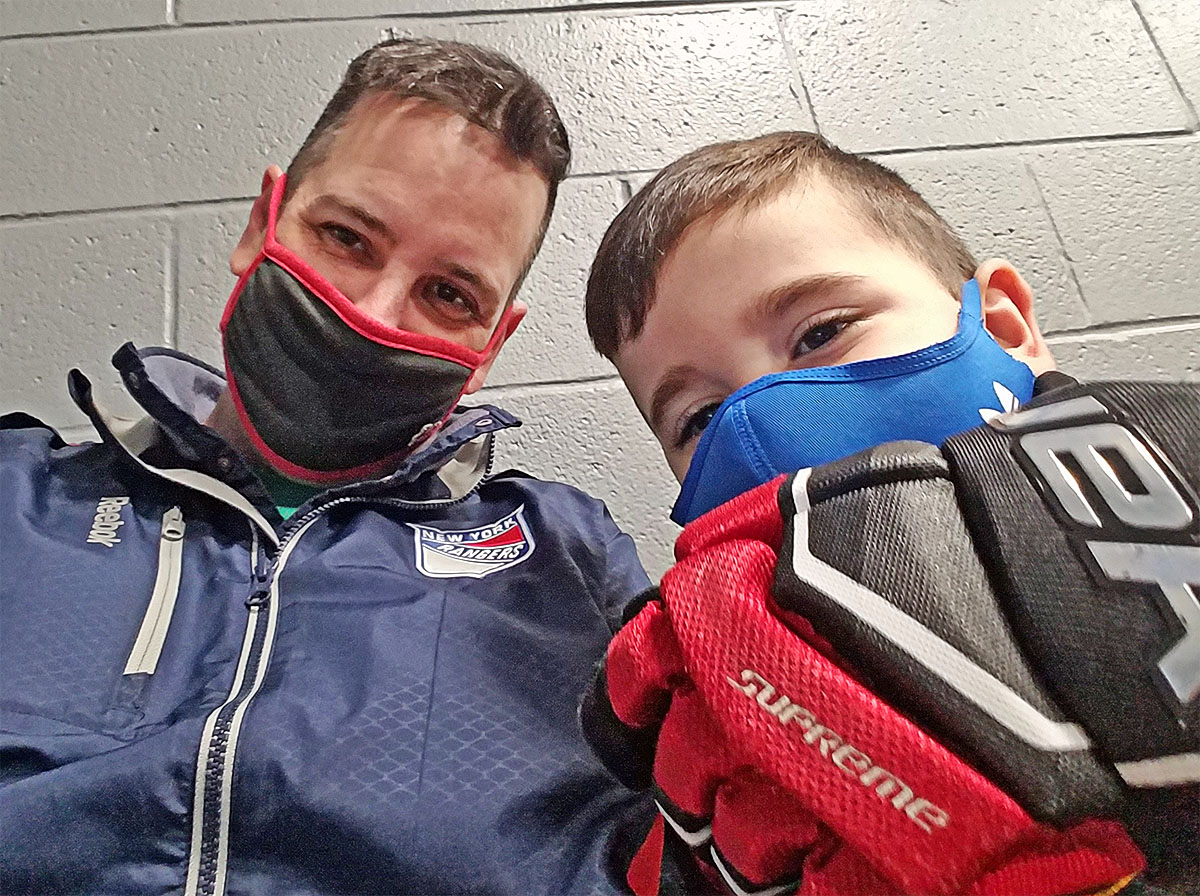 But when things do get back to normal, maybe next fall, guess what?

You’ll barely remember how "angry" you're tricking yourself into being right now. I'm fully aware that I'm in the minority right now.

I'm not outraged. I'm not even surprised. Like I said, just disappointed.

You can send your expletive laden hate mail to chris@rutschhockey.com.

I'll read it. And maybe you'll change my mind.

Vent all you like but, seriously, don't be angry with me -- we're actually on the same team.

Part of the same community. Both equally disappointed.

For me, the most upsetting part is that all of this is due to the folks that couldn't follow two very simple rules.

Neither of those is difficult.

Boggles the mind how there are still people that haven't figured that part out yet.

As with so many things, the actions of a few affect the many.

If I had to prognosticate -- it won't be long before the buildings are closed to the public as well. That makes me sad.

I won't miss the games -- I totally understand why they've been put on hold -- but I do hope that there's someway that the rinks can still operate so the kids can still get on the ice.

It's a tough argument but, really, 20ish kids and 3 or 4 coaches, all wearing masks, covered from head-to-toe, in a high-ceiling 50,000 square foot refrigerated room (where there's some serious air circulation going on) seems pretty low risk.

The kids and the game aren't the problem.

The parents need to stop with the Lollapalooza parking lot antics -- that's what earned hockey the scrutiny it's under now.

Be smart. Be responsible. Be safe. We'll all be back on the ice before you know it.