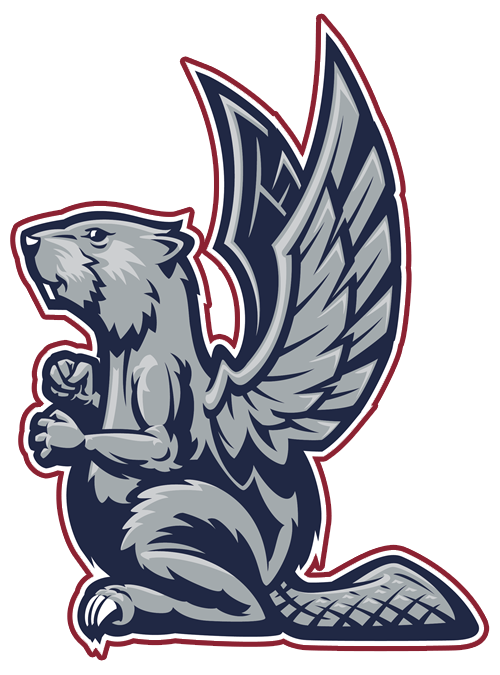 There's a really exclusive hockey camp in my neck of the woods each summer that I'd always hoped my kids would be able to attend some day, like, as a real lofty goal to shoot for.

I'd see kids wearing the jerseys at the various tryouts we attend and think, "Wow, can't wait to get one of those..."

And here we are, this summer, my oldest is finally old enough to attend.

He's too good for the camp that I'd always thought was only suited for the best of the best.

My preconceived notions were misguided.

To be blunt, I was wrong about this camp.

Totally wrong. Like, as recent as last week when I gave it another last minute consideration.

Crazy how that works.

And I'm not saying that to brag about my son's talent level -- I'm saying it so that anyone reading this will take a step back and re-evaluate everything you've thought going in to a new clinic, camp, or even a new team.

First off -- don't ever sell your own kid short.

Don't be afraid to register for something that you "think" is beyond their ability. You might be surprised.

Now, I'm not saying you shouldn't evaluate your own children's skill level realistically before registering -- kids fresh out of learn-to-skate have no business being out there with seasoned players -- I'm just saying that you shouldn't be 'automatically' intimidated.

If your kid can skate and chew gum at the same time, give them a shot!

And, at the other end, don't just assume that a camp with a big name, legendary even, in the title is worth your time or money.

For some folks -- that's like half a season's tuition...

There are a couple of other camps in my area that have gotten my attention each summer that are run by NCAA Division 1 coaches. 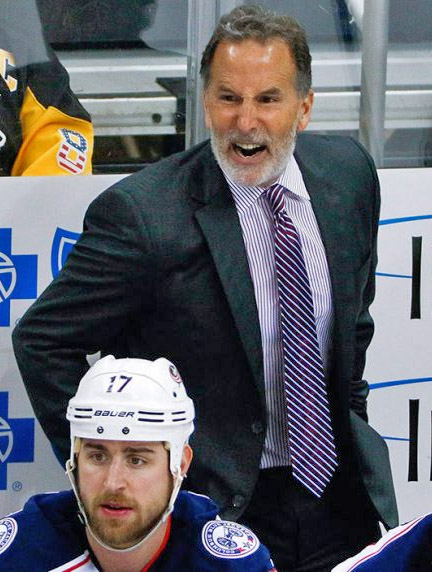 And that's the selling point...but one camp has been described to me as "Romper Room" and the other as "Total Chaos" by other parents.

In other circles, I've heard them both described as disorganized.

Yeah, thankful I never actually registered for either of them.

And that's not on the coaches, entirely, though being a great coach to 20+ year old players rarely translates down to the youth level.

Sorry -- John Tortorella might be great at the NHL level...but can you imagine him as a mite coach?

The real issue with those camps and clinics are the participants, though.

There aren't prerequisites -- at least not strict ones.

Every hockey parent knows that one kid lagging far behind hurts everyone.

Ten kids lagging behind is, well, let's just say attending a public skate session would probably be more beneficial for everyone.

And that's the thing -- the goal of these types of camps isn't to develop better hockey players, it's to make a little money on the side during the offseason.

Same goes for any (and all) of those touring camps you see advertising in the back of the USA Hockey magazines you receive each month.

I'm not saying they're not of any value -- they are.

They just so often tend to get cluttered up with lower end players. Players that act as an anchor for all of the other participants.

I promise -- I'm not trying to come across as a hockey snob.

And then there are the camps that every arena seems to have posters up for -- the ones hosted by local professional players during the off-season.

These are so hit-or-miss, so I won't bash them all with an indescriminate take.

Often times their intentions are sound...but the execution just isn't there.

I'm pretty sure Wayne Gretzky can't "teach" someone to play the game the way he did. His kids are proof of that -- and, sure, you could pay a ton of money to go to a Gretzky camp and you might get a picture with him...but your kid isn't coming out of it as the Next One. 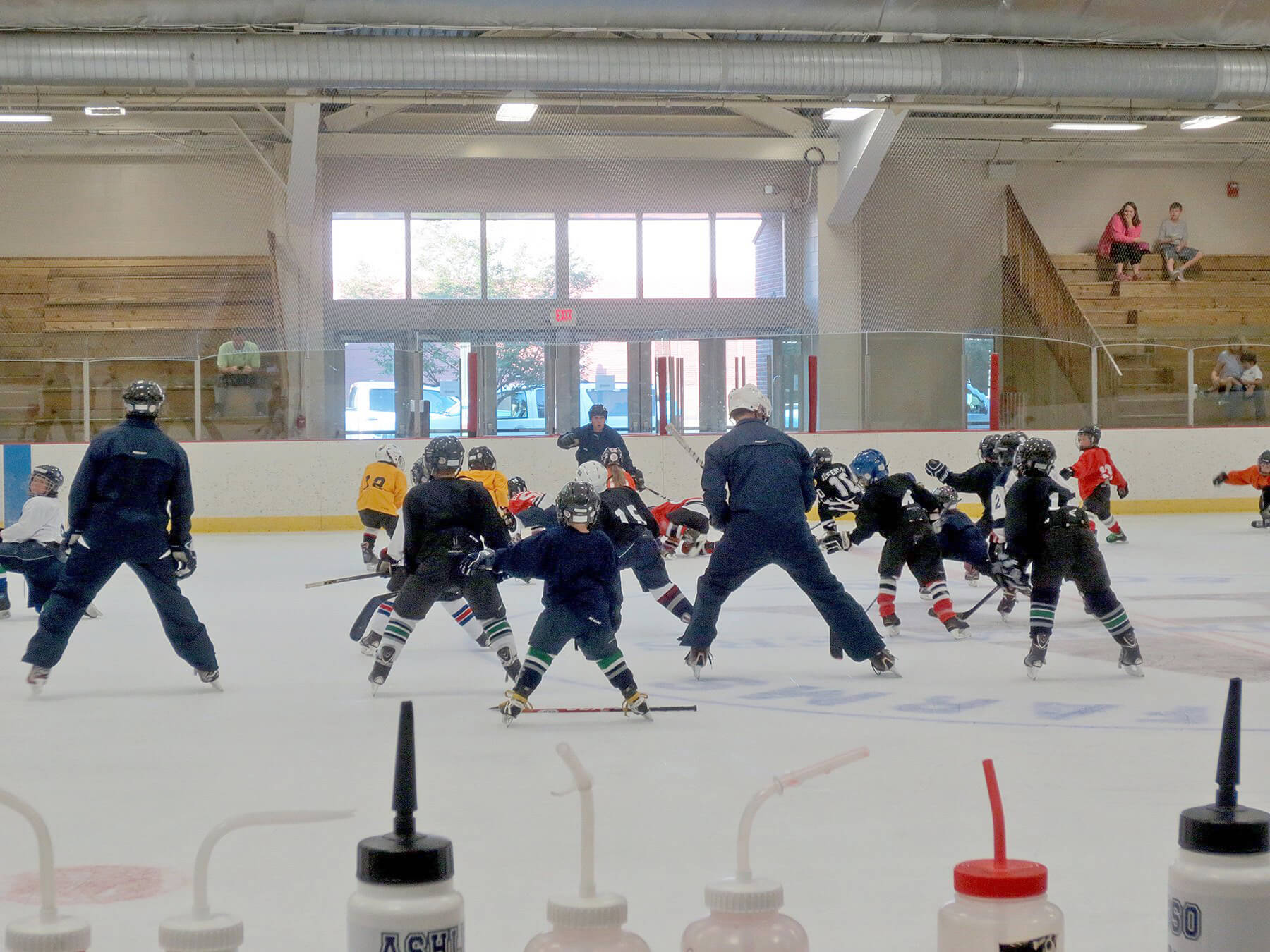 Duncan Rutsch, in the back, learning absolutely nothing at an overpriced hockey camp that was open to players of any skill level.

Guys in my local area that host camps and clinics include Ben Smith, Frank Vatrano, and Tommy Cross.

We're not the hockey hotbed many youth hockey parents around here think we are.

I won't specifically comment on any of their camps cause, like I said, it's hit or miss and I've never had any of my kids skate in one of their camps.

But I've seen it before... Over a decade ago, I did some marketing for an 11-year NHL veteran and current NHL head coach.

He was offering week long camps during the offseason in Connecticut and in Dallas. Then he won a Jack Adams award and that was the end of that.

I didn't have children at the time so I don't really know about the quality of the camp firsthand...but I do know that he really had very, very, very little to do with, well, any of it.

It was former associates of his -- friends, really -- essentially making money off of his name.
Myself, included, I'm now ashamed to admit.

Sure, he showed up at the camp. An he even put on his skates.

But his role was limited to just standing on the wall observing a bunch of "guys" he likely didn't even know running kids through simple drills while he very obviously itched to go golfing later that afternoon with his buddies that put this whole thing together.

I got paid, so I can't complain, even though I didn't get invited to go golfing...but the kids essentially just got cheap practice jersey out of the experience.

I've found that a majority of hockey camps with professional players' names attached fall victim to this sort of thing so...do your research. 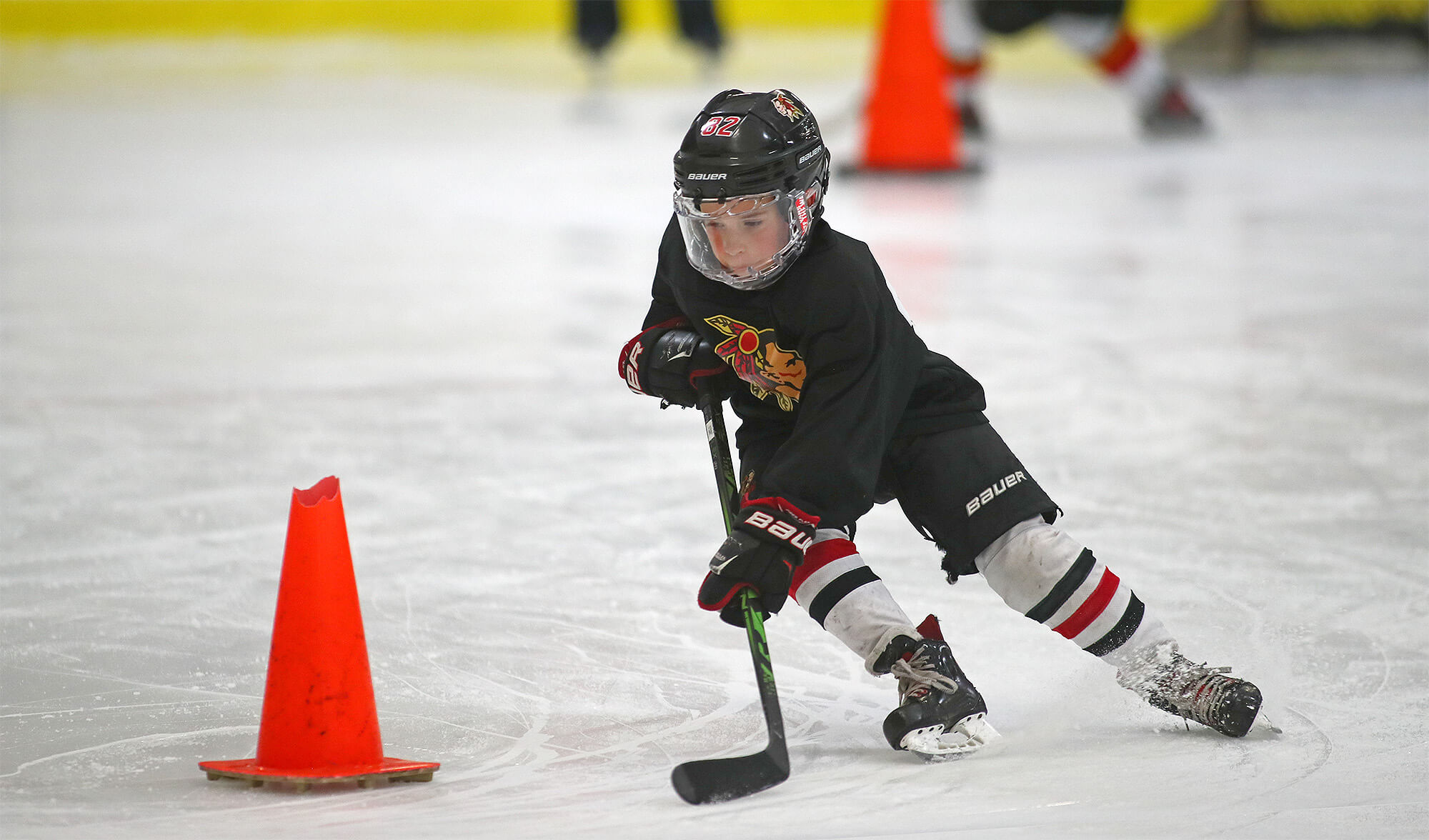 Duncan Rutsch weaving around cones at a recent clinic.

Well, the best camps, I've found, are either invite only or the ones you've likely never heard of.

Google the names of the top coaches, from the top programs, in your area that are within a year or two of your child's birth year.

Without fail, a majority of them are on the ice, offering skills and small group lessons at local rinks to the current players on their teams (invite only -- that's all it is) but they'd gladly take on a few recruits, err, drop-ins for a few bucks.

Simpliflying it a bit, there are three high end programs in my geographical region that are within a reasonable drive that I'd be willing to make -- my kids skate for one of them.

But...they've skated with the head coaches of all three programs repeatedly for camps, clinics, and/or skills sessions every single off season since they started playing competitive ice hockey. All three.

If your kid can't keep up, they'll let you know -- and likely offer great feedback on how to proceed.

If your kid can keep up -- they'll get better and better with each minute they're on the ice.

That's what to look for.

That's where the value is.

And that's what will make your player better...fast.

Well, that, and private lessons.


Related Articles
» Talk to People. Talk to Everyone.
» Review: Duskocy Power Hockey
» Product Review: SISU Mouthguard for Hockey
» Letting the Team Down: It's All Your Fault
» Youth Hockey Tryout Tips for Kids Under 10
» Those Pesky Figure Skaters!
» These Traits are 100% within your Control
» The Buttendz Grip