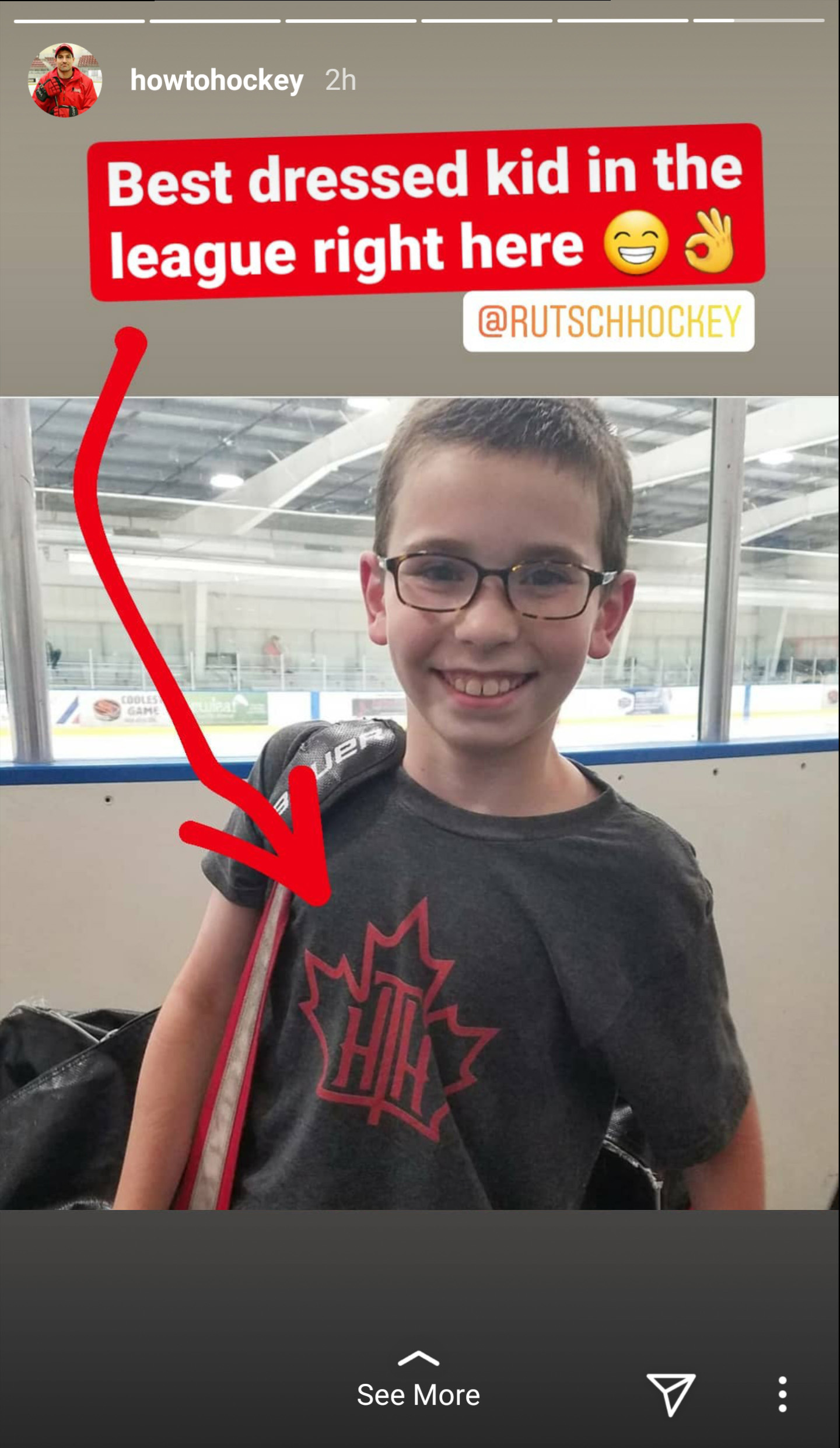 A couple of weeks ago, my 11 year old son received more DM's on his phone that he ever has at once.

Hilariously, due to my self proclaimed amazing parenting skills, his phone was locked when it all went down so he's still blissfully unaware of what it's like when people are "blowing up" your phone...but I saw it, as I received a handful of DM's too.

Thankfully, it was good news.

"Wow! How did you make that happen?"

"Seriously, is it true that every Canadian knows every other Canadian?"

"When did you get glasses?"

"Wait, you guys have ice already?"

In short, Jeremy Rupke of How to Hockey liked, commented on, and even shared a photo of my son, recaptioning it with "Best dressed kid the the league right here."

99% of which are likely people just like you and me...bad hockey players and parents of kids that we hope will be better hockey players than we ever were.

It made me smile, for sure.

I knew it was a pretty big deal.

Now, I suppose I've had larger "audiences" in the media back when I was a team photographer but never, ever, anything with my mug on it.

Often times, my name wasn't/isn't even included on a byline.

For real, just one day later, a decade old photo that I took made the rounds again out of the blue. 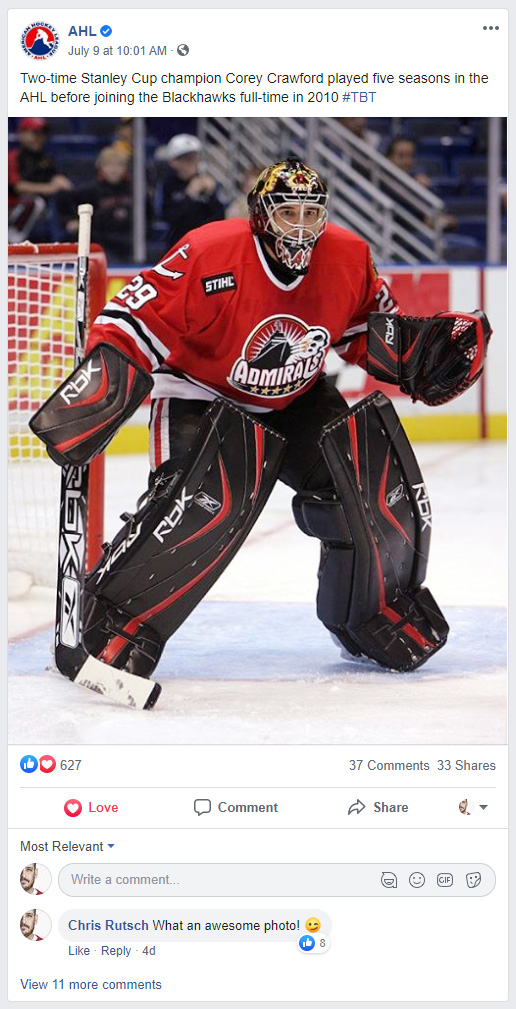 Who knew anyone cared about a photo of Corey Crawford playing for the Norfolk Admirals a billion years ago?

Apparently doesn't ever matter where the image originated -- I got over the lack of credit for nearly everything way back in the 1990's but when I'm feeling a little cheeky, I'll toss in a snarky passive aggressive comment taking ownership subtly...which I did.

Love that a number of friends and former co-workers, well, 8 of them anyway, picked up on it. Ha!

Anyway, this social media mention from Jeremy Rupke will very possibly be the pinnacle of his hockey career. Maybe even mine too.

Hey man, I took this photo too!

And look! Rupke even posted where it came from.

Made me feel good. Made my kid feel even better. Genuinely, thank you.

So, with that, Duncan must be instafamous now, right?

He is *the* social media guy when it comes to youth hockey.

I'd be truly shocked if anyone reading anything on this website isn't familiar with Coach Jeremy.

You might not know his name...but when you see one of his videos, every hockey parent will surely by like, "Oh yeah, that guy!".

So, many of the DM's my son received were forecasts of how many followers he'd gain from this one share/shout-out.

Well, I've been doing this internet thing for a quarter century and the social media thing since the days that MySpace took off and, well, combined, they're a very curious thing..

Our main "feed" that Jeremy credited added 2 followers in the days that followed. Two.

Absolutely nothing to do with hockey. Or being best dressed.

And, truth be told, that's about what I expected.

So what's our takeaway from it?

Well, added confirmation that out tried and true method of "using" social media to get "noticed" works.

But really, just a moment of pride.

And that's more than enough.

My son was king for a day.

And big man on campus for a week of summer practices.

That's a pretty sweet return on a random throwaway posting.

And, no, Duncan's not famous.