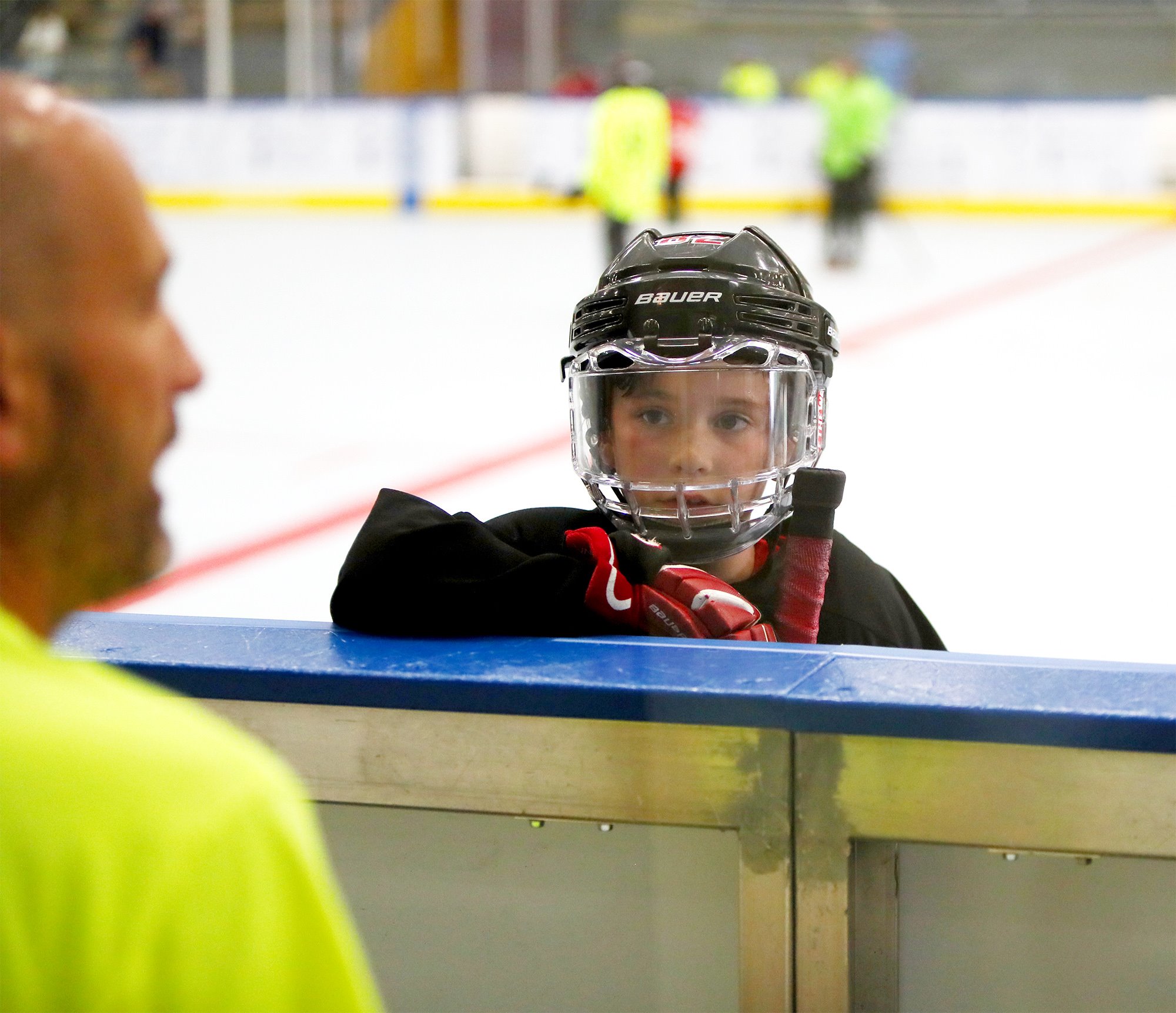 With over 1000 pro games, and nearing an additional 700 youth games, under my belt, it isn't often that I see or hear something new at the rink.

As I've said before, the style of how the game is played ebbs and flows every few years but, truly, history repeats all the time.

Been there, seen that.

Like, the stages I see my youngest going through during the youth hockey journey seem all too familiar -- cause it is. It's like repeating 3rd grade...twice.

I just roll with it at this point. Legit -- keenly observe the parents with older children in hockey on your kids' teams. It's really insightful. You can learn so much from their wisdom and experience.

But, anyway, at a recent squirt game, I couldn't help but hear the opposing coach repeatedly bark out, "No blocked shots!"

Can't say I'd ever heard that before and it certainly piqued my interest.

Like, really, I'd never once heard that guidance come from a bench before. Ever.

But, "No blocked shots!"

As I watched the game and aligned what was happening on the ice as the coach was calling it out, things began to become clear.

He'd only shout it when his team was in the o-zone and had possession of the puck.

He wasn't telling them NOT to block shots -- which would be weird -- he was reminding them to not have their own shots blocked.

Here's a snippet from the game -- the yellow team is in the o-zone. Don't worry, it's really short so it won't bore you but just listen to the coach lament to his bench, "No blocked shots" after it happens and my son's team goes on the rush the other way.

And, cause I want to pump the tires of my own son's team, I shared this specific clip because it shows them in a good light, you know, blocking a shot but boy, did his team ever take that instruction and run with it for a majority of the game!

Now, we've all seen it. From shots on net to clearing attempts -- kids just fire it as hard as they can right into a set shin pads.

Never works and, when a defenseman does it, it often leads to a breakaway against which is what the video showcases.

But these players took the coaching they were being given and ran with it.

Legit, outside of this one play, they'd take a stride one way or the other for an open shooting lane or move the puck to a teammate. Every single time.

If there was a chance our team could block the shot (or pass), they wouldn't take it.

It was amazing to watch the discipline.

And, hey, now I've got a new coaching instruction relentlessly blab to my kids on the ride home after I see them make this exact mistake.

I recall watching a girls high school soccer game years ago where the offensive player drilled the ball right into a defenders chest -- clearly knocking the wind out of her.

The ball came right back to the attacking player and she drilled it again, this time, hitting that same, still recovering, player square in the face and down she went.

It was like a one-two punch where the second blow was the knockout blow.

Girl was down. Like, she didn't crumple...her heels flew up in the air.

It was brutal. Well, funny...but brutal at the same time.

It all happened really quickly.

Referee blew the whistle -- all but expected with a player down -- and then issued a yellow card to the attacking player.

The parents on the sideline went bonkers. Absolutely bonkers.

Assault with a soccer ball? Is that a *real* foul?

And, you know, thinking about it more, it makes sense.

They don't call it the "beautiful game" for nothing -- you're not supposed to just blast the ball through defenders, you're supposed to artfully go around them.

Now, hockey isn't like that, of course...but probably should be.

Trying to put the puck "through" someone is a bad play.

It's not the right play. Ever.

That coach calling out "No blocked shots" is on to something.

If there's a set of shinguards in the lane, don't shoot, move...or move the puck.


Related Articles
» The Right, errr, Wrong Curve
» Review: Freddy Meyer's Dream Big Hockey Stars Tryout
» Great Programs have Great People
» What does it mean to be coachable? And why it's so important.
» Getting a Sponsor / Becoming a Brand Ambassador
» Do NOT be Intimidated by Elite Hockey Programs
» Youth Hockey Burnout
» Unusual Coaching Instruction - No Blocked Shots