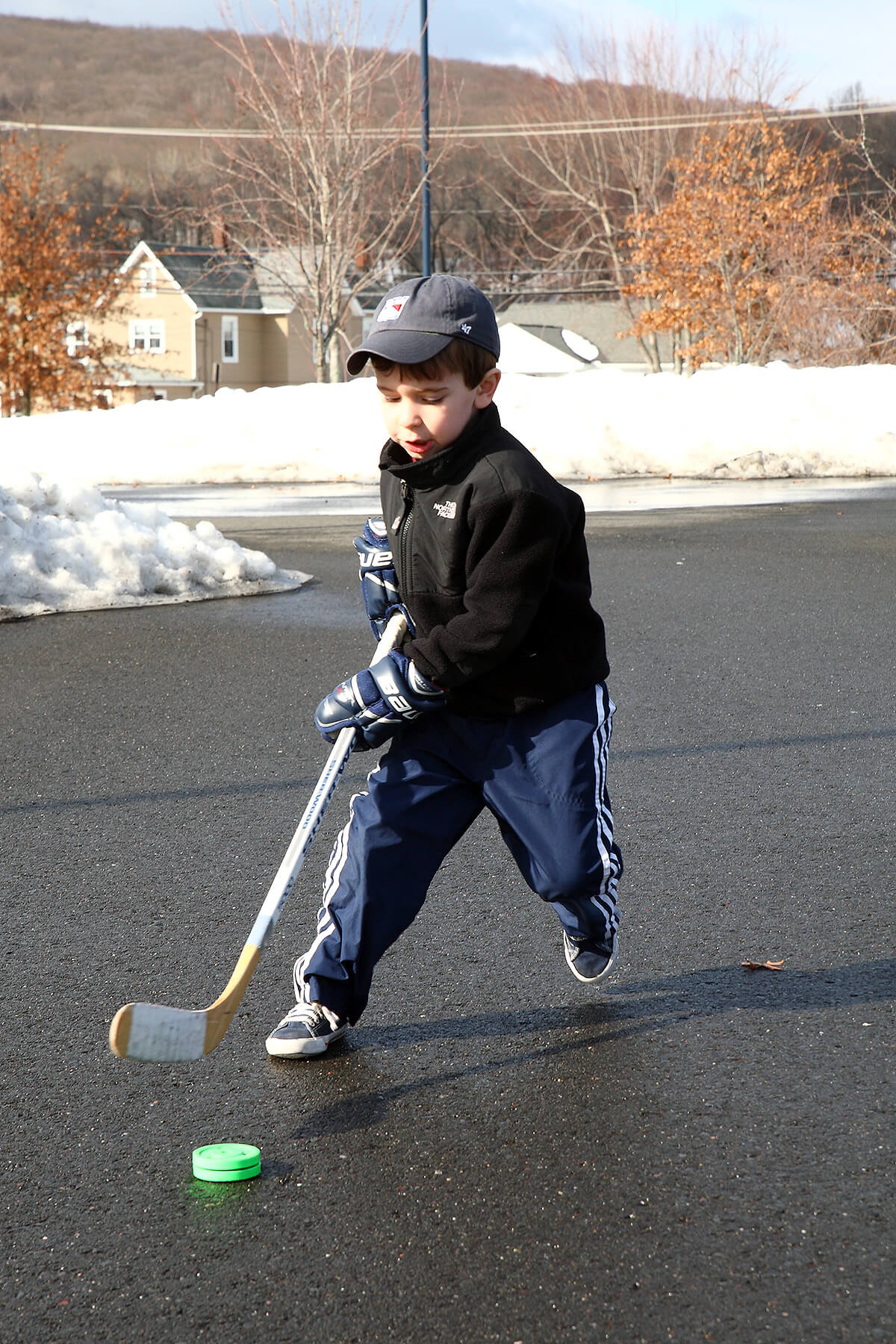 This is a review of the dry-land Green Biscuit puck.

Now, I must admit, I had my doubts about this product.

I mean, I remember trying out street hockey "pucks" way back in the 1980's and we'd always go right back to using an old tennis ball (or squash ball, if we could find one) instead because the pucks just didn't slide nicely...or at all.

It was like playing volleyball with an American football -- it just didn't work.

More recently, on modern deck hockey surfaces, ball leagues out number puck leagues because the pucks are like sliding a brick across sand paper.

So after shelling out $27 for two of the original green biscuits (not the Snipe version), the kids and I went out to a desolate parking lot with our sticks and gloves and went to work.

My first reaction was after first dropping it onto the ashphalt was, "Yep, pucks still suck on the road..."

But after firing some long hard passes back and forth with my oldest son, well, my deep rooted opinion began to waver. 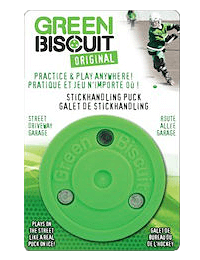 Now, it's a training puck so you're not supposed to shoot with it but that doesn't mean you can't make hard passes with it. Apparently, shooting is what the "Snipe" version of the Green Biscuit is for.

But this version is darn near perfect for practicing stick handling and that's what we wanted them for. The passing aspect is just an added bonus.

Best of all, after just one use, it goes from looking like a ridiculous plastic toy to a beat-up, often-used, training aid that's worthy of a special place in your hockey bag.

That isn't to say that it's not going to hold up -- if anything, it works even better now than it did right out of the package.

And one thing is for certain... it's a much more realistic ice hockey experience than any ball can provide.